0 Deal or No Deal II 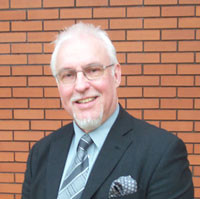 'Surely it's all bids and tenders these days'

Some groundsmen and greenkeepers tell me there is little or no negotiation with suppliers these days 'Surely it's all bids and tenders these days' is their assertion, and they have a point.

Competition in some sectors is now extremely tight and profit margins can be very low, leaving the dealer or the salesmen little room for manoeuvre. My wife recently bought herself a quad bike and, prior to purchase, I 'phoned round for prices and found little or no difference countrywide. Eventually I asked one dealer what the profit margins were on the vehicle she had in mind and I got the reply 'Not as much as I thought it was going to be!' He then happily gave me the figure and, again, he had a point.

Staying in the family, my brother is a car dealer and I asked him what sort of profit margin dealers had to play with on the country's best -selling super-mini? '£400 on the basic model' came the reply. £400 only goes to the firm to cover staff wages, rent, light, heat, advertising and so on. I asked him how he managed and he told me that he survived on the profit from the more luxurious cars that he sold a lot less of but, mainly, his income comes from the second-hand market and the profit from servicing the vehicles he sold.
It's about the deal

I believe that if this is the case for so much of what we need to buy these days then it's about the deal that we negotiate rather than the price we pay. It is a rather sideways logic but here's an example. Three years ago I urgently needed a good quality digital camcorder for some of the work that I do. I decided to negotiate

I shopped around on the internet and the kit that I wanted was only about 10% cheaper on the net than the price asked at the manufacturer's own swanky shop in the local shopping centre. So I went to the manufacturer's shop and asked the manager if he could match the internet price. He told me he was not allowed to reduce the price and he was about to go about his business when I decided to negotiate.

I said 'Is that it?' He said 'Afraid so'. I said 'How about cassettes, disks, warranty?' He said 'Oh, I see, well, I can probable match the cassette price and the disk price'. He then paused momentarily and in a voice that started off in a hesitant tone but ended up on a triumphant note he said 'I can get you an extended warranty for nothing'.

I sealed the deal immediately thinking that it really wasn't too difficult to get what I wanted from the manufacturer locally and walk away with it for the same price as something that would have to be delivered if I had bought it from an unknown internet vendor.

Mondays are a good day

I understand that Mondays are a good day for a computer bargain. It's quieter in the shop but the sales team still have quotas to fill on selling cables and other peripherals. These are items that they can discount rather than the big ticket items where many computer manufacturers have already had to crunch down their prices against fierce competition.

Frank's Fourth Law of Negotiation: 'Always ask for what you want but don't disclose your budget'

Please remember to take time to prepare. Research prices and deals and then go shopping with a clear statement of what you want. Don't be cagey, say what you want but do not disclose your budget. As a supplier I have got my best deals by knowing what the buyer's budget was - so keep it to yourself.
Frank's Fifth Law of Negotiation: 'The more you want, the more you get for your money'.

purchased, 15% off five to ten machines and 20% off more than ten. This being the case you might even want to try going shopping without knowing exactly what your budget is! Why?

Because the more you have on your shopping list the more likely you are to get a deal. If you only want, or can only afford, one item you leave the vendor little or no flexibility unless it is a higher specification product with a bigger margin for the seller to play with.

Let's imagine you are at a trade show like 'SALTEX' or 'Harrogate Week'. If you can get a better deal by buying more then ask the vendor to help you to buy more! Give him your shopping list and ask how long they need to put a deal together. You can call back later or have a proposal sent to you. If the dealer has any sense they will send a proposal that is a package with payment plan options. This brings the time dimension into the deal and you can also offer to be a 'delighted' customer in their marketing materials - for another discount of course!

Their proposal will be the basis for further negotiation now or later on. You may not be in a position to buy everything at once but you can go for price guarantees over a period in return for your loyalty. As a supplier I know that my clients have fixed budgets every year but if I can make a deal now to get some of next year's budget and the year after I am a happy supplier!

So remember, prepare well, do your research, make a big shopping list and ask for the vendor's help. Good luck in your dealings with suppliers.

If you have an urgent question about negotiating you can contact Frank at Pitchcare.com or via his personal website www.franknewberry.com