The Horticultural Trades Association (HTA) represented the garden industry at the Drought Summit yesterday, which was called by Defra Secretary of State, Caroline Spelman MP.

According to Thames Water, 45% of their customers believe that a drought in 2012 is unlikely but it is clear from today's meeting that those people are in for a shock! Whilst the Government has been warning about water shortages for some time, the situation is getting worse. According to the Environment Agency, well over half of England is at 'high risk' of drought in 2012 and the Met Office has advised that 'the chances of a wet or very wet March over the UK are low and lower than average' and the three month outlook is no better.

Tim Briercliffe, HTA's Director of Business Development, was present at the Summit and commented, "The south and east of the country are genuinely facing drought conditions in 2012 and the industry should brace itself for the introduction of water restrictions (hosepipe bans) probably from before Easter in some water company areas."

Whilst severe shortages exist in parts of the south and east it is important to note that there is no water shortage problem in much of the north, Wales and Scotland. This is a regional issue, but if you are in an affected region then the impact is serious.

In 2006 garden retailers in 'hosepipe ban' areas saw an average 20% drop in sales as the public were scared off gardening by the bans. Tim Briercliffe continued "The summit was a great opportunity to highlight the impact of water restrictions on the industry and on the 20 million gardeners out there. We are developing a pilot programme with one water company to test the HTA/Waterwise proposals for phasing in water restrictions but that won't help the industry this year. In the meantime, we are calling on water companies to work closely with the garden industry on how it communicates garden water saving messages to the public. We would also like to see the use of drip irrigation permitted during hosepipe bans as the evidence clearly shows that the use of such systems drastically cuts water use and embeds the importance of water efficiency with gardeners." 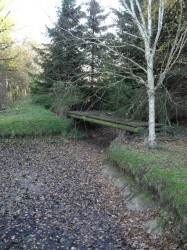 "At the Summit, the Government agreed to focus on a National Drought Management Team and HTA will be ensuring that the voice of the garden industry and gardening public is clearly heard. The team will seek to bring about the consistency of communication between water companies that the HTA has been calling for since 2006 and is very welcome. In addition, Thames Water is taking the lead on co-ordinating the response of affected water companies and we are in close dialogue with them."

It will be important for the industry to promote water-saving solutions for gardeners this year and HTA will be providing advice for members on messages that can be communicated.

HTA also raised the specific issues for ornamentals growers in having reduced access to water for abstraction. The widely promoted solution for this is the installation of water storage but for many ornamentals growers, with limited land, this simply isn't an option. This is crucial for container and protected ornamentals as without water, the business goes. Nursery producers need to be protected.

Summing up, Tim Briercliffe said "I welcome the Secretary of State's intervention in this serious issue which follows our discussion with her on this matter at the All Party Parliamentary Gardening and Horticulture Group (APPGHG) meeting with her in January. She is very aware of the impact of water shortages on the garden industry and we will follow up her commitment to work with us.

Pictured above: a pond that has dried out in December 2011