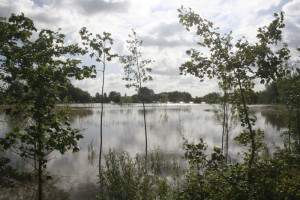 Defra has responded to a petition demanding the government champions tree-planting in upper catchments to prevent flooding.

The online gov.uk petition, which took off in the wake of the flooding in the North-West of England at the beginning of the year, calls on the government to oversee a programme of tree and hedge planting on hillsides to slow the flow of water, as climate change is set to bring heavier downpours like those seen between December 2015 and January this year, and those which preceded flooding in Somerset between 2013 and 2014.

Responding to the petition, which has attracted over 27,000 signatures, a government spokesperson pointed to Defra's upcoming 25 year plan on the environment (set for publication in the spring), highlighted research projects the department is leading on peatland restoration and tree planting, and said the government is committed to "making more integrated decisions, using catchments and landscapes as the building blocks rather than single species or features."

The spokesperson said, "These projects indicate that woodlands can slow the flow of water through smaller catchments and reduce the impacts of some floods. We will continue to support such investigations, gathering further evidence into the potential benefits that land management changes, such as tree planting in catchments, could have on reducing flood risk, in addition to the wider environmental and economic benefits that they could provide." 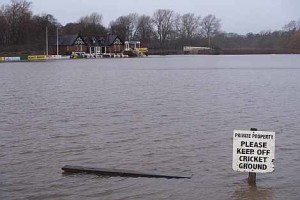 They also mentioned the review into the handling of storms in December and January, which led to repeated flooding, with large parts of Cumbria particularly badly affected.

The government defended its use of 'natural capital' principles, which the spokesperson said provides a "robust and consistent evidence base" to guide action on the ground. The spokesperson explained, "Natural capital accounting will help calculate where woodland planting would provide the greatest benefits for plants and animals, recreation and reduced flood risk alongside the economic gains for forestry and farming."

However, since the concept underpinning the government's approach was first made popular in its Natural Ecosystem Assessment in 2011, the concept has come under fire from some academics and environmentalists.

The petition, which was started in January, will run until June. If it reaches 100,000 signatures, the issue of natural flood prevention will be debated in Parliament. The petition, and government response, can be found HERE.

This time last year, Farming Online spoke to community groups and workers within local government and arms-length agencies who are addressing flooding in the long-term through a Pontbren upland management project, led by farmers in mid-Wales.