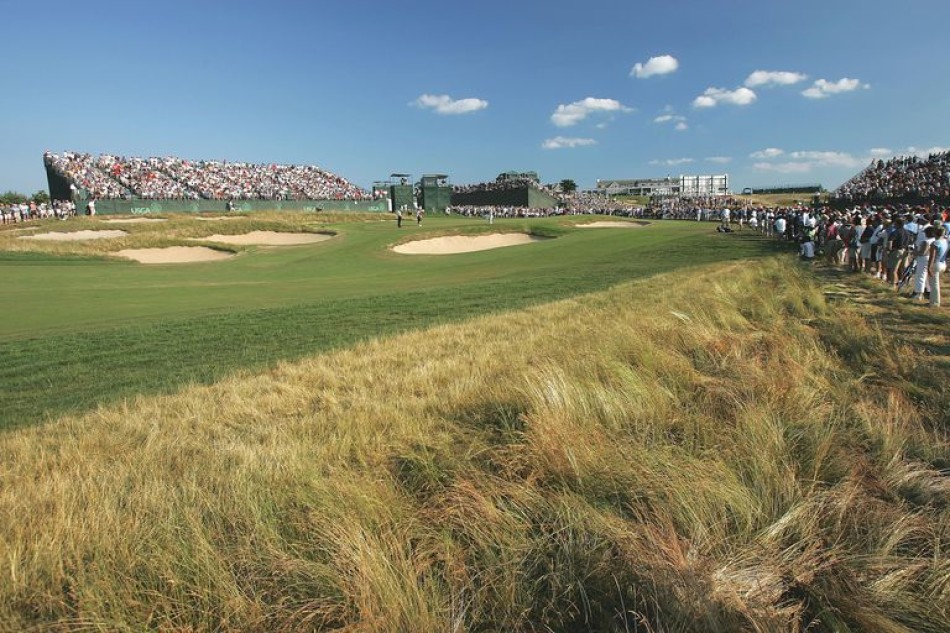 1. Coverage. FOX continues to suck at golf and everyone just needs to learn to ignore Brandel Chamblee. He doesn't respect or understand superintendents and nothing is going to change that. Other than him, the Golf Channel was pretty good. Most notable was this remarkable piece by Matt Ginella on Jon Jennings and how Shinnecock Hills has used technology to take the course to new levels (https://www.golfchannel.com/video/ginella-visits-shinnecock-grounds-crew/). Ginella continues to be the best voice for superintendents and sound agronomy in the golf broadcast media.

2. Final Prep. I was onsite Monday-Wednesday. I couldn't have been more impressed with Jon Jennings' set up and the relaxed, professional tone he set for nearly 200 staff and volunteers. Smiles all around and less exhaustion than usual because there was no huge storm or other major problem to wear everyone out. Maintenance teams did their jobs excellently, came back and hung out with each other. It was great to be in that tent and feel the outstanding vibe put out by young folks looking to learn and a bunch of awesome old farts from all over the country. Jon has a ton of great friends from Chicago and elsewhere who were there to support him and make sure things got done right.

3. Early Reviews. Everyone from USGA I spoke with - including Mike Davis himself - raved about the condition of the course as it was "turned over" to the USGA on Monday morning. Not kidding. All of the key folks said the same thing: "It's perfect." There were smiles all around the maintenance compound and I allowed myself to briefly think, "Maybe this time it will be different and everyone can leave here Sunday night feeling great about what they've accomplished." If only …

4. Windy. The course really was still perfect when I left Long Island to head home Wednesday afternoon. It was prepped excellently and the greens were healthy as hell and quick (not crazy fast). There was some stress (you could see footprints from running shoes on the surfaces), but nothing abnormal at all. I do know that the Shinnecock Hills and USGA teams met Wednesday around lunchtime to discuss how to adjust for the windier-than-expected forecast for Thursday. That's where things started to change. 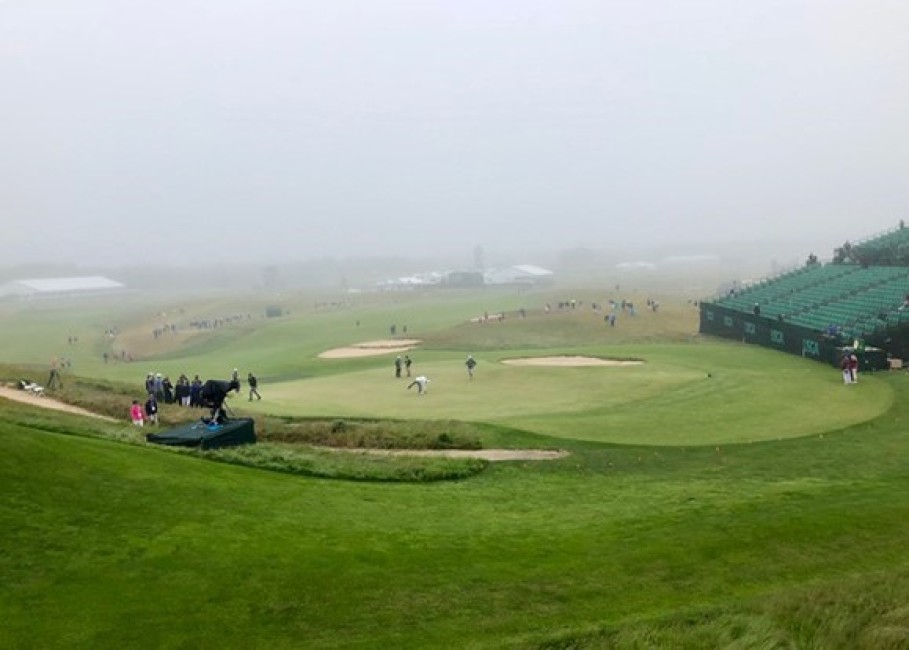 5. One note about television. TV cameras - particularly when shooting down on turf - tend to make the mottled brown, purple and green of stressed-out Poa/bent greens look awful. Even some in our business suggested they were "dead" on Saturday. I will bet you that those same greens are nearly recovered by now. They weren't dead … but they were obviously stressed beyond anything I thought possible when I walked out the gates Wednesday afternoon. I'm just gobsmacked by how fast it happened.

6. That queasy feeling. As an amateur turfhead watching at home on Saturday, the appearance didn't bother me. But greens that have been taken right to the edge, combined with pin positions that we're clearly a stretch for the conditions, are a recipe for trouble. Which is exactly what happened on Saturday. As I sat at home and watched balls roll off greens and no putts being made, my feeling was not, "It's awesome to see great golf played on a really challenging golf course." Instead, I had this queasy sensation in my stomach about how it was all playing out. Honestly, it was hard to watch knowing how amazing the greens were just a few days earlier.

7. The men in the middle. Other than some careless comments by players and a handful of dumbasses in the media, no one pointed a finger at the Shinnecock Hills team. The criticism was universally aimed at Mike Davis and the USGA. Which was appropriate, but small consolation.

8. WWJJD? I saw a lot of social media comments from a bunch of superintendents saying, "They should have just let Jon set the course up since he knows it way better than the USGA." Nice idea, but not reality. Yes, the process of preparing the course is very collaborative for years leading up to the event, and intensively so in the weeks immediately beforehand. Yes, they had meetings daily to compare notes about the setup, weather, pins and conditions. But, ultimately, when a club signs on to host a US Open, they also basically agree to cede authority for all decisions about playing conditions over to the USGA. That's the deal … or the Faustian bargain, if you prefer. 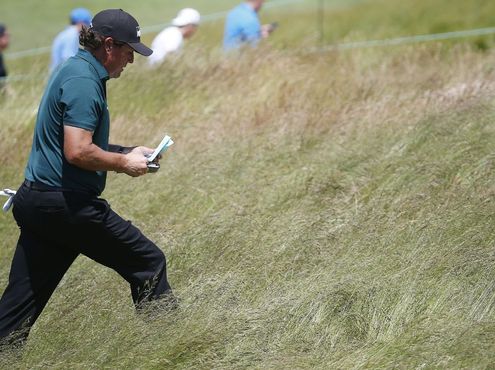 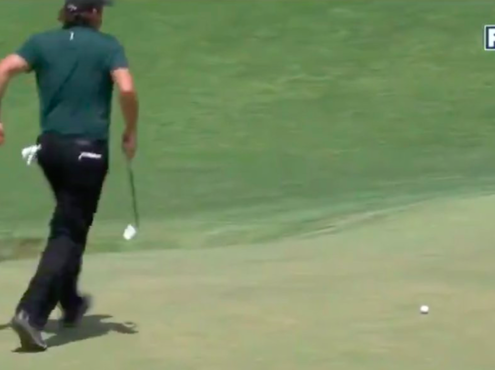 9. About Phil. Anyone who's been around Mickelson when the TV cameras aren't on wasn't the least bit surprised by his breach of, well, everything golf stands for. They say that how you comport yourself on a golf course is a great indicator of character. Well, that was a total dick move, so draw your own conclusions.

10. Aftermath. Jon Jennings, his staff, his volunteers and all of the partners who came together to support the agronomy program should be incredibly proud of what they accomplished. They did EXACTLY what was required by delivering a perfect course into the hands of the USGA. They also did what was asked during the week by keeping conditions right on the edge to create an incredibly challenging championship site. It's supposed to be hard and they lived up to their end of the bargain. So, it was heartening the army who worked together to prepare Shinnecock Hills left feeling good about what they accomplished. 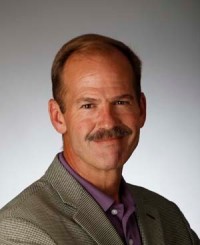 11. Takeaway. All that said, once again, here we are in the week after one of the greatest events in sports was played at one of the greatest courses in the world feeling baffled, cheated and kind of irritated that we went down the rabbit hole again. It was supposed to be a classic event at a classic site ... an old-school U.S. Open for the ages. Instead, it was déjà vu all over again.

You can read the original GCI article HERE