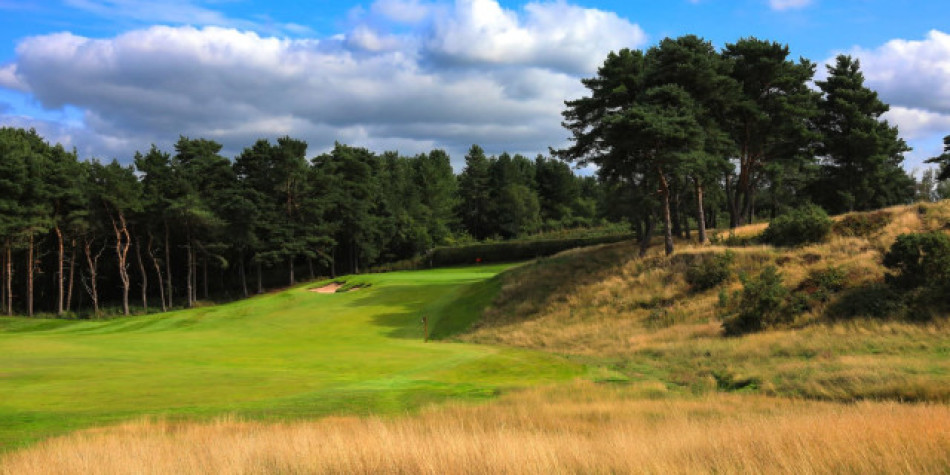 Delamere Forest Golf Club near Chester is celebrating the conclusion of a six-year programme to restore its historic heathland course back to its original 1910 design.

Under the guidance of international golf course architects Mackenzie & Ebert, the entire course has been completely transformed since 2012, with every bunker returned to its Herbert Fowler design and the greens enlarged to provide new pin placement options and run-off areas.

Officially opened in 1912 with a challenge match featuring James Braid, Ted Ray, Sandy Herd and James Arundel, the course was ready for change a century later. Alternations included adding eight spectacular new tees to restore the challenge for better players and lengthening of the 18th hole.

The final changes took place earlier this year when the 15th hole (pictured above) was transformed to soften off the green and make it a better target for approach shots.

"It was the weakest hole on the course, but it's redesign has strengthened the whole course shape and will benefit the overall playing experience," said Tom Mackenzie, who oversaw the project. "It's a lovely place to play golf," he added.

Delamere Forest is currently ranked 44th in England by Top 100 Golf Courses and the rated as the best inland course in Cheshire.

Men's Captain Steve Lamb commented: "It's been a long process of change for the club, but the outcome has been well worth the wait and all of the members are proud to show visitors just how well the course plays and how good it looks. Delamere Forest has always had a strong reputation as a quality course with great turf and superb greens. Now we believe that reputation will be enhanced with the changes that we've made under the direction of one of the world's most respected course architects."