Over 130 cricket groundsmen made their way to Cheltenham College for the second ever Dennis and SISIS' Cricket Pitch Renovation Day, which featured a mix of thought provoking indoor presentations and outdoor practical demonstrations. 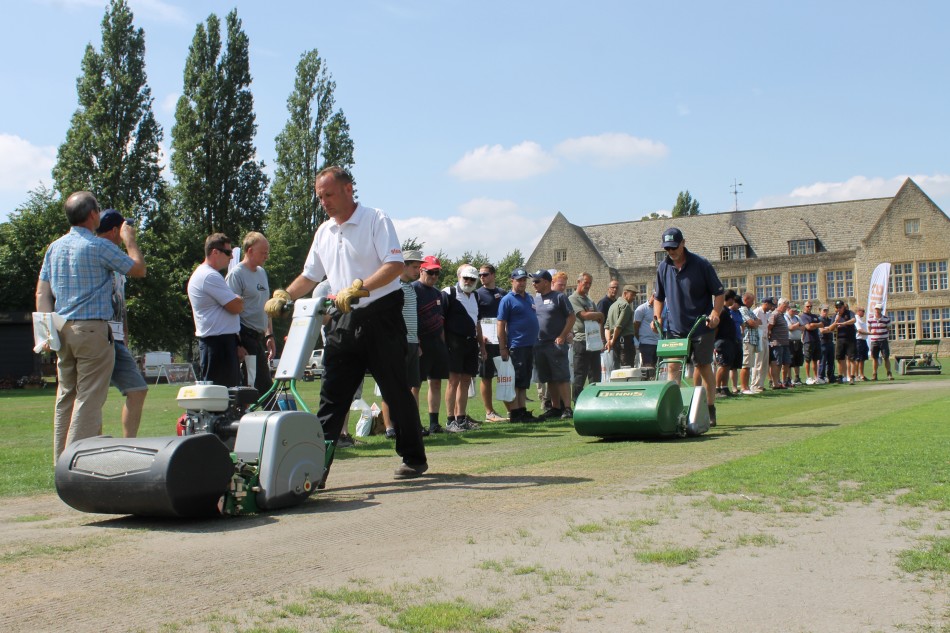 The event, which was supported by Boughton Loam, CricketWorld.com, Stuart Canvas, Limagrain UK, Lister Wilder, Poweroll and Headland Amenity began with an introduction from Robert Jack (Dennis and SISIS) and Eric Woodmason from Gloucestershire Cricket Board who gave a fascinating insight into his role as clubs and programmes officer for the north of the county.

Alex Vickers, turf consultant, was first up to discuss Principles of decision making for autumn renovations & profile reading, which no doubt would have left the assembled groundsmen with plenty of food for thought. Alex proceeded to offer some great renovation tips which was supported by visual slides and in particular he urged all attendees to plan ahead and avoid guess work. He advocates that gathering evidence prior to forming renovation decisions was key and advised groundsmen to understand the importance of what is happening beneath the square rather than focussing just on the top.

As a leading contractor, Keith Exton of Perfect Pitches UK, was perfectly placed to deliver his seminar entitled End of season renovations - a contractor's overview. Keith was keen to emphasise just how integral timing is to cricket pitch preparation and warned the audience not to overlook the significance of measuring moisture content.

Both Keith and Alex went on further to discuss various renovation techniques such as aeration, top-dressing, seeding and applying loam, and both were also unanimous in the importance of taking core soil samples.

After his seminar, Alex was pleased to welcome a number of questions from delegates and also revealed why events such as these are integral to raising the standards of cricket groundsmanship.

"I think the reason people should come along to these events is two-fold. First of all, you are never too old and never too experienced to learn something new; there are always new techniques to discover. That could be through the practical demonstrations, through the talks or even by chatting to your fellow groundsmen because you find that you really do learn from one another. An event like this is a fantastic way to develop those networks and get to know other people who are having the same issues as you. 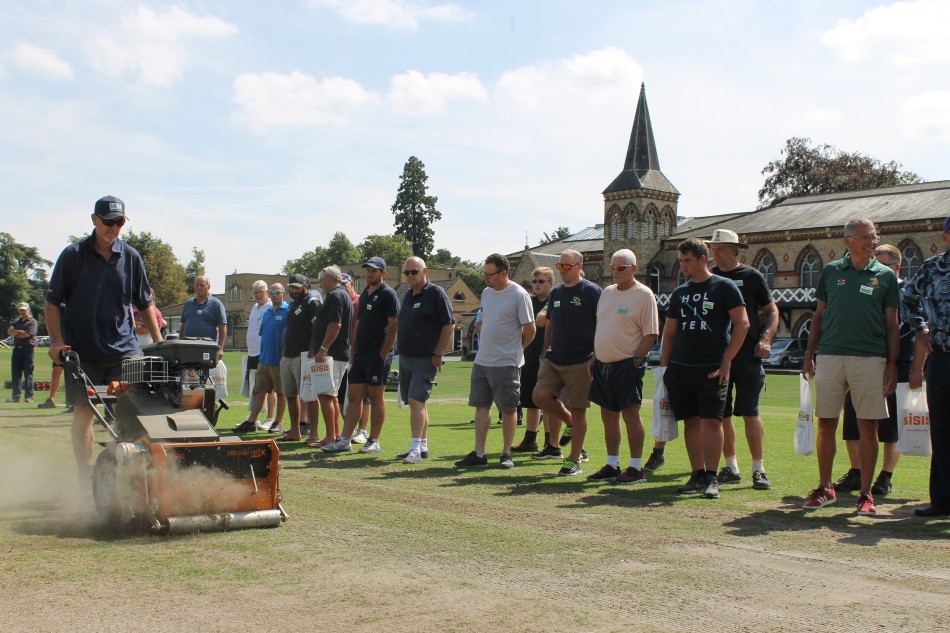 "It also helps keep people up to date. I know some groundsmen who have been doing the same things for 30 years with the same bit of kit but the industry has moved on and there are easier and better ways of doing things. Events like today can help you understand that actually there are better ways to achieve the good results."

Following the presentations, it was the perfect opportunity to introduce delegates to the Soil Core Clinic. In this innovative feature Keith was joined by Ian Smith (St Albans School Turf Consultant) as they proceeded to examine a number of soil profiles which were brought to the event by delegates. The samples were projected onto the big screen and Keith and Ian discussed how each could potentially be improved.

Over recent years, Ian has been a prominent figure at the Dennis and SISIS cricket groundsmen seminars, and he was delighted to see yet another great turn-out. "Today we've had a real mixture of cricket groundsmen - 130 from the likes of part-time clubs, schools and county clubs. In my opinion, there are not many of these events going on in the industry so I think they are extremely valuable," he said.

A complimentary lunch signalled the halfway point before delegates made their way outside into the glorious sunshine. Cheltenham College offered picturesque views and a wonderful backdrop as the outdoor practical demonstrations took place on two squares and the cricket outfield.

The three workshops focused on a variety of techniques that would be beneficial for cricket groundsmen and saw an impressive fleet of machinery carrying out tasks such as aeration, seeding, brushing, top dressing and scarifying.

Christian Brain, head of grounds at Cheltenham College and host for the day, was extremely generous in letting the demonstrations take place on his county standard squares and felt that the day was a huge success for all involved. "It's been fantastic to see so many passionate groundsmen here mixing with one another and sharing ideas. We've had some great feedback from the delegates and overall it's been a hugely successful day," he said.

Adam King, head of grounds at Radley College, brought other members of staff along with him and found the day extremely worthwhile.

"I've brought along five lads with me today and we've been treated to some great indoor talks and outdoor demonstrations. Generally, I find these days useful in respect of networking but it's also a nice release for my members of staff who have been incredibly busy for the last six months on the cricket squares. It has given them the day off; they have been able to watch the machines in action, learn something new and they will absolutely take something away."

Echoing Adam's thoughts was Gordon Gill, contractor and head groundsman at Bath Cricket Club, who felt it was refreshing for his members of staff to gain a greater insight into the industry.

"I've come along to introduce my two staff members to the networking that goes on, plus they can see the machinery first hand, they can speak to other people in the trade first hand, and suddenly they find they are not alone anymore. It's been a great exercise for them."

Eric Woodmason rounded off the day by suggesting that events like these are not just beneficial to the groundsmen but also claimed that they have a positive impact on the sport of cricket. "My main desire out of this is that club groundsmen gain experience and knowledge of what they need to do on their grounds and hopefully that their grounds will improve as a result. This in turn, will get more people wanting to play cricket because if there is a good ground to play on, cricket becomes even more enjoyable."

A video of the event can be found by visiting https://youtu.be/3pxT4yyQmU8

Further information about the range of cricket maintenance products available can be found by visiting www.dennisuk.com / www.sisis.com.