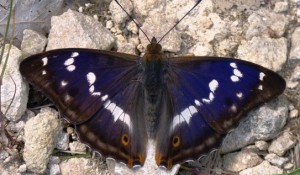 t is "highly unlikely" ancient woodland would be destroyed under new plans to speed up the planning process, the government has insisted.

Environment Secretary Owen Paterson had suggested in the Times lost trees could be replaced by planting more elsewhere.

He was discussing government proposals to mitigate environmental damage caused by development through "offsetting".

A spokesman for his department said the idea that this would apply to ancient woodland was "very hypothetical".

So-called "biodiversity offsetting" is intended to ensure "no net loss" of biodiversity to an area.

Campaigners from the Woodland Trust said offsetting should only ever be a last resort, and Friends of the Earth has warned against putting nature "up for sale".

But a spokesman for the Department for the Environment stressed a consultation on the policy had only just closed and that any proposals to build on land covered by such woodland would still have to go through a "vigorous planning process".

He added: "The policy already exists in America and Australia. We've been running some pilot schemes over the last year or so and we think the idea of offsetting could work."
'Increase in trees'

BBC News political correspondent Chris Mason said the environment secretary had long made it clear that his priority was growing the economy as well as improving the natural environment.

People will say that's no good for our generation but, over the long term, that is an enormous increase in the number of trees"

Mr Paterson has previously expressed frustration with the planning system, which he has claimed can approach environmental concerns in an "expensive and inefficient" manner.

He sees offsetting as a measurable way to ensure environmental improvements are made elsewhere when development that cannot be avoided causes damage, our correspondent added.

In his interview with the Times, the environment secretary cited the construction of the M6 toll road around Birmingham, saying 10,000 mature trees had been lost, but a million young trees planted.

"Now people will say that's no good for our generation - but, over the long term, that is an enormous increase in the number of trees," he added.

He said it was "a practical example of a high amount of planting following a tragic loss of some wonderful trees".

And he added that it would be appropriate for a replacement site to be "about an hour away by car".
'Bigger sites'

Six areas of England are taking part in a two-year pilot of biodiversity offsetting, which began in April 2012.

The scheme aims to ensure that when a development causes unavoidable damage to biodiversity, "new, bigger or better nature sites will be created".

A consultation on how the scheme could be rolled out across England closed in November.

The consultation acknowledges ancient woodland would be "impossible to recreate on a meaningful timetable".

The Environmental Audit Committee of the House of Commons said recently the plans outlined by the government must be strengthened if they were to "properly protect Britain's wildlife".

The MPs said an assessment proposed by the government appeared to be "little more than a 20-minute box-ticking exercise that is simply not adequate to assess a site's year-round biodiversity".

The Woodland Trust has campaigned against the inclusion of ancient woodlands in any offsetting scheme and it rejects the suggestion that the future of these habitats should rest on the proposed economic benefit of a given development.

It has said offsetting should "only ever be a last resort when all other avenues have been explored to avoid loss or damage".

The National Trust said "irreplaceable" habitats must be excluded from such a policy and added it was "deeply concerned" at any suggestion otherwise.

Conserving and protecting ancient and historic woodland is one of the Trust's charitable purposes.

A spokesman said: "Offsetting the losses of wildlife that usually accompany development by creating replacement habitats could be a useful addition to the planning system.

"But it mustn't mean mature irreplaceable habitats being replaced by low-quality habitats that will take decades to develop the character and complexity of those that have been lost."