Designs for The Birmingham 2022 Commonwealth Games Village, released this week, show that the Games will leave behind both a sporting and a housing legacy. 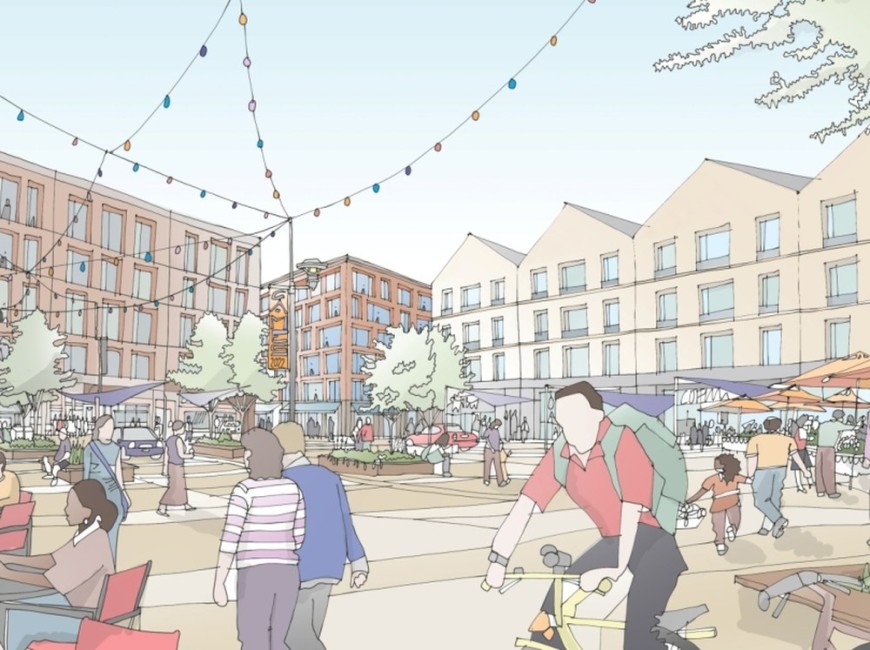 The Games Village - comprising accommodation, dining, medical, transport and essential services for athletes and team officials during the Games - will be situated on a 24-hectare site at Perry Barr in the north of the city.

The site is the current location of the old University of Central England (UCE) and Birmingham City University (BCU) campus near Perry Barr greyhound stadium and is just one mile from Alexander Stadium, which will play a pivotal role during the Games.

Up to 6,500 competitors and officials will be housed in 1,000 new homes in the Village, consisting of a mix of one and two-bed apartments as well as three and four-bed town houses.

After the Games, the Village accommodation will be converted and become available as a mixture of homes for sale and rent, as well as for social and affordable rent through the city council's Birmingham Municipal Housing Trust and In-Reach rental initiative.

The Village will act as a catalyst for significant housing growth in Perry Barr and is the first phase of a wider programme to deliver up to 3,000 new homes in the area.

"Our proposal to bring the Games to Birmingham had a number of key strengths, including our outstanding track record of staging major sporting events, and having almost all of the competition venues in place," said Ian Ward, leader of Birmingham City Council and chair of the Birmingham 2022 bid team.

"The development of the Village is therefore the largest new-build element of the Games - and will help rejuvenate Perry Barr and the wider surrounding area, meaning there will be a meaningful and lasting legacy for the people of Birmingham, in particular those living near the heart of the action in 2022.

"We have a desperate need for high-quality housing in the city and it would have been much trickier to meet that demand if we had not been successful in our bid to host the Games."