0 Development projects in the Royal Parks 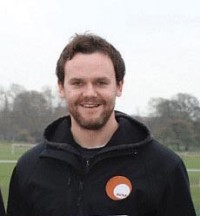 Covering some 5,000 acres and attracting over 40 million visitors a year, London's historic Royal Parks provide oases of green amid the bustle of our first city. Responsible for the management of these green spaces is The Royal Parks; an executive agency of the Central Government Department of Culture, Media and Sport.

The Royal Parks works to balance demands for the parks to be accessible for visitors' recreation, whilst also preserving them for future generations. The agency has its own nursery to keep the parks well stocked with trees and other plants, with a dedicated team of plantsmen ensuring they look their best all year-round. The Royal Parks also has its own Green Housekeeping Committee and an Ecology Officer who advises on habitat management, sustainability, and biodiversity.

With all eight city parks and other open spaces within its portfolio - including Brompton Cemetery, Grosvenor Square and the gardens of number 10 and 11 Downing Street - designated as grade 1 listed landscapes, stringent conditions apply to the development and management of visitor facilities.

The development, management and funding of sport and related facilities within the parks is the responsibility of David Ellis.

What does The Royal Parks aim to offer its visitors when it comes to sport?

"Fundamentally, we are all about encouraging participation in sport in our parks - especially among under-represented groups. In most cases, sports facilities are managed under licence by third party organisations - for example, Will 2 Win manage the tennis centres in Regent's Park, Hyde Park and Greenwich Park. Glendale 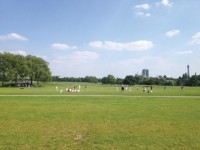 Golf manages two golf courses in Richmond Park, and the established cricket clubs in Bushy Park have long-standing licences in place with The Royal Parks.

"However, at Regent's Park, which offers the biggest outdoor sports facilities in central London, The Royal Parks has hands-on management and we offer a comprehensive seasonal sports programme from cricket, softball and boules in the summer through to football, rugby and lacrosse in winter."
What facilities are on offer at Regent's Park?

"The sports facilities at Regent's Park are based around 'The Hub', a unique multi-sports facility in the centre of the park that offers sports pitches, exercise classes and children's activities. Our pitches include five adult and one junior cricket pitch, seventeen softball pitches, two boules strips, ten adult and eleven mini football pitches, one football pitch for under-16 play only, one lacrosse pitch and two rugby pitches."

"The pitches are available for hire by individuals, clubs and schools, and we also play host to several sporting leagues; including In2Touch

summer rugby, Last Man Stands short-format cricket, the London Softball Federation, Aussie Rules football and GO Mammoth Volleyball league, so the range of sports on offer is really diverse. Last year, The Hub was used by some 250,000 people; 150,000 of whom were under-16s."

As Sports Development Officer, what does your role involve?

"My role was established in 2004, when funding amounting to £5.5 million was accessed to build 'The Hub', and completely renovate the fifty plus sports pitches in Regent's Park, with the goal of engaging under-represented groups in sport and physical activity. From 2005 - 2008 we successfully shattered Sports England targets - our three-year target was 105,000, with the actual throughput more like 350,000."

"The government grant to The Royal Parks has decreased from £28.08m in 2003/4 to £16.6m in 2011/12. Therefore, The Royal Parks must raise income through other means to maintain the eight diverse and well loved open spaces we manage. My role is now more involved with generating the income to offset the costs of maintaining the sports pitches in Regent's Park, whilst keeping the facilities accessible to under-represented groups."

"I also set up and still oversee Regent's Park Cricket Club which, this season, has ten age group teams playing league fixtures in the Middlesex Colts League and over 150 members aged six to seventeen."

How many grounds management staff are employed by The Royal Parks and how many specialise in the management of sporting facilities? 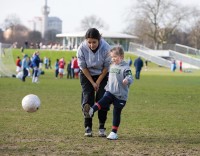 "Grounds maintenance and landscape contracts are sub-contracted, with the size of contract varying across the parks, depending on their size and the horticulture involved. Veolia has the contract for Regent's, Enterprise looks after St James, Green, Hyde and Kensington Gardens; Fountains has the contract to oversee Richmond and Bushy Park, and Turfsoil is in place at Greenwich Park. Also, established clubs and other licensed holders for sports facilities are responsible for the upkeep of the facilities as part of the licence with The Royal Parks."

"In the case of Regent's Park, there are fifty staff on the landscape contract, and three directly responsible for the sports pitches."

What grounds management equipment do you use in the maintenance of the pitches at Regent's Park?

"For the squares and wicket preparations we use three types of pedestrian cylinder mowers, including two 13-blade Ransomes Super Certes, one of which is fitted with scarifier attachment, and one Ransomes Mastiff. Outfields are cut with ride-on machines including a Ransomes Commander 3520 or Hayter 324G. For end of year renovations, we use a Blec Uni-seeder for overseeding and, for aeration, a John Deere Aercore."

When it comes to developing new sports facilities within the parks, what is the application process?

"Any project would have to go through a consultation process, including full stakeholder engagement, funding applications and planning permission. With all of our parkland being Grade I listed, aesthetics are important, so we do take this into account when our tenants look to upgrade facilities. However, the final decision would ultimately lie with the local authority. Once this procedure has been completed, all works must be planned meticulously to ensure that they do not compromise the running of the park or the safety of visitors, so contractors, The Royal Parks and clubs need to work closely to ensure that everything runs smoothly."

"The last major project at Regent's Park was the development of The Hub itself. Alongside this, we completely refurbished the fifty plus non-turf pitches, which had originally been constructed in the 1950s on a sub-base of World War II bomb rubble, which caused drainage problems. The works took place over eighteen months and cost £2.2million, but we are now in a position where we are maintaining and refurbishing facilities as we go - like the work this year to refurbish non-turf cricket match pitches."

Location: Bushy Park - Another of Henry VIII's hunting grounds, lying North of Hampton Court Palace and covering some 1,099 acres, Bushy is the second largest of

Teddington CC holds the licence for two of the five squares in Bushy Park, which the club has called home since the 1860s. One of London's premier cricket clubs, in addition to a 1st team that has finished second for the past four seasons in the Middlesex Premier league, Teddington prides itself on offering something for all ages and abilities, with a thriving junior section, growing girl's side and busy social calendar.

The brief: To improve the club's worn training and coaching facilities. With a diverse range of ages and abilities playing at the club, the new facility needed to be suitable for everyone from the 1st XI to beginners. To fit within The Royal Park's requirements, the nets framework was finished in green, as opposed to black, to minimise the facility's visual impact on the surrounding landscape.

The process: To secure permission for the project, the club had to work closely with both the local council and The Royal Parks. Richmond Borough Council's Sports

The solution: total-play Ltd was selected from a number of prospective contractors based on its ability to meet the bespoke nature of the project; in particular supplying a system that would blend into its surroundings.

Before any works started a series of meetings were carried out with staff from The Royal Parks, permits were successfully applied for, extensive risk assessments and method statements were produced to ensure that works could be carried out with minimum disruption to the day-to-day running of the park.

Once everything was in place, the club's original and ageing system was removed and the site cleared for the installation of a four-lane cricket practice system with large Multi-Use Games Area. total-play then installed a new non-turf playing surface based on its ECB-approved tp365 system; specifically designed to offer a balanced game between bat and ball and to encourage turn.

A bespoke green batting cage was erected over the facility and special green netting curtains hung to the batting lanes, using the company's Protection Tunnel system, which forms a 'cocoon' of net in each lane to help avoid injury from flying balls from adjacent lanes.

The verdict: "Everyone is very pleased with the new facility and it is being well used by adults and juniors, which is the biggest vote of confidence," said Tim Woodcock, Treasurer, Teddington CC.