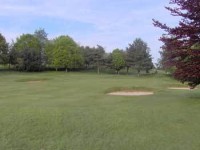 Many parts of the country are now experiencing very dry conditions, we have have had very little rain in recent months. Some regions have had hose pipe bans placed upon them, thus restricting watering practices.

In terms of temperature and sunshine this summer is well down on last year. However, in the south, average maximum temperatures April to June are running slightly above the average and for the north around the average, despite some chilly nights.

Despite the mostly lukewarm temperatures, rainfall has been below average for April, May and so far for June, with southern counties taking the brunt of the extreme. June could well come in at 50% or less of the monthly average for many areas, adding to the already below average totals for 6 of the past 7 months.

Soils are relatively dry with some grass beginning to show signs of drought stress. First signs of drought stress are seen in colour and texture changes, the grass becomes duller and turns a bluish colour, with leaf blades narrowing and folding. These changes are the plants way of closing down its cell functions which, over time, eventually leads to the plant wilting (loss of plant turgor). If conditions do not improve or adequate water cannot be made available, the plant will continue to decline until death occurs.

The degree of drought stress/wilting is afected by factors such as grass type, soil type and management practices. Some grass species, such as fescues, have the ability to withstand dry conditions as they are natively found in sandy soils and have adapted to these condition producing narrow thin leaves.

You do need to ensure the plant is getting sufficient moisture to its roots by effective irrigation practices. However, poor use and application of water resources also affects plant stress, this is usually associated with over and under watering practices.

Most golf clubs now have automated watering systems which, in the main, are provided for greens maintenance. More and more clubs are extending their systems to cover tees, aprons and fairways.

However, even with the most sophisticated irrigation systems, there still needs to be an input by the course manager/greenkeeper to decide when, how much and how often to irrigate.

It is essential to ensure the water is uniformly applied to prevent any dry patches forming.

When irrigation becomes necessary, wet the soil to a minimum depth of 100mm-150mm. This amount of water varies with soil texture, but approximately 25mm applied uniformly should thoroughly wet most soils to a depth 150mm. Use a probe to check depth of watering.

Irrigation can be applied at any time during the day or night. Both day and night watering have advantages and disadvantages. Midday watering cools the turf and reduces heat stress on hot summer days. Daytime watering can sometime be relatively inefficient due to substantial evaporation losses. Night watering helps to conserve water because of minimal evaporation, however, it can incite or aggravate disease problems.