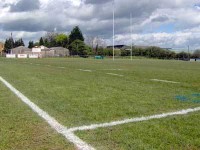 Recent wet weather will have saturated many soil based pitches, Playing on saturated pitches will certainly result in surface damage. Soils, when saturated, lose their stability and strength. Damage from scrummage and line out play are the main causes of damage on rugby pitches during wet weather periods. The severity of the damage will be dependant upon the soil type and the ability of the top 100mm to drain quickly. 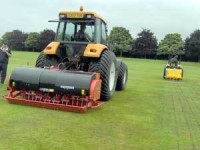 Diseases can still be prevalent in November, due to the cool wet ground conditions, and particularly with heavy dews on the playing surfaces. It is important that groundstaff remove these dews to prevent disease attack. Many stadium clubs are experiencing outbreaks of leaf spot and red thread. A dose of approved chemical fungicide will help control and prevent the spread of these diseases.

With the sun now lower in the sky, shade problems in stadium environments tend to be increased. The sun tends to cast longer shadows that often remain on the ground for long periods. Shaded areas tend to take longer to warm up and dry out, which in turn may affect maintenance operations and playability. 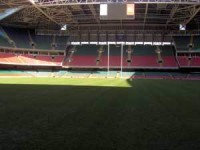 A wetting agent is sometimes used with the fungicide to help ensure it penetrates deep enough down into the soil profile.

Earthworm activity usually increases in November. Earthworms can survive in a wide range of conditions, but most earthworm activity is dependent on the quality of food available. Worms like plenty of Organic Matter (OM), therefore greens with a high thatch problem tend to encourage worm activity. Soil pH also affects where earthworms are found. In strongly acid or alkaline soils earthworms are rarely seen (pH less than 4.5 or greater than 8). The soil texture will also affect the number of earthworms found; they prefer clay soils and are less frequently found in sandy soils.

Worm activity inevitability leads to worm casts appearing on the playing surface. These worm casts can be very problematic, casts tend to smear the surface, which in turn can affect surface water drainage capacity as well as providing a seed bed for weed germination.

Leaf clearance will also be a priority. Wet leaves left on playing surfaces will eventually cause problems, they will affect line marking and if left on the surface for too long will cause the turf to become yellow and even begin to die. The use of blowers and sweepers will help keep surfaces clean.