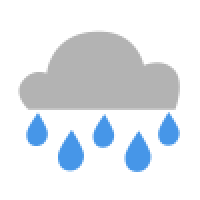 November weather was certainly very mild, with temperatures remaining in double figures for the majority of the month. This, coupled with some much needed rain, helped promote some substantial grass growth. However, this balmy weather did instigate some outbreaks of disease in the form of fusarium and red thread.

Ensure you sweep and remove leaf litter from your courts to keep them clean; hand held blowers are an efficient way to remove leaves from the playing surfaces.

I am sure, however, that many parts of the country will be bracing themselves for the first real taste of winter weather, when temperatures drop to single figures, and the likelihood of snow and ice.

Aerating the playing surface with a sarrel roller or some solid tines will be beneficial. However, only use machinery on the surface if you can operate without causing any smearing or damage.

Keep up the regular daily brushing of the grass courts to keep them free of early morning dews and to prevent any debris accumulating on the grass surfaces. Reducing the humidity levels around the grass plant will help prevent the likelihood of turfgrass diseases becoming prevalent.

Mowing frequency will be dependent on a number of factors - grass growth, sward type, level or standard of facility, resources (staff and machinery) but, generally, it may only need mowing on a fortnightly/monthly basis to keep tidy during these cold, dark months.

Keep the surface open by the use of aerators, a sarrel roller is often used to prick small holes in the surface to a depth of 45mm. A pedestrian punch tine aerator will give you the best results, with the aim of getting penetration down to at least 100mm.

Frequency of aeration will be dictated by the condition of the courts and weather conditions, however you would look to aerate at least once a month. Other solid tine aerators can reach greater depths.

Soil sampling is an important part of Groundsmanship. The results will enable the manager to have a better understanding of the current status of his soil and turf. There are many tests that can be undertaken, but usually the main tests to consider are:

Particle Size Distribution (PSD); this will give you accurate information on the soil type and its particle make up, enabling you to match up with appropriate top dressing materials and ensuring you are able to maintain a consistent hydraulic conductivity (drainage rate) of your soil profile.

Soil pH; it is important to keep the soil at a pH of 5.5 to 6.5, a suitable level for most grass plants.

Nutrient levels; keeping a balance of N P K nutrients within the soil profile is essential for healthy plant growth.

Once you have this information, you will be in a better position to plan your season's feeding and maintenance programmes.

Keep an eye on fungal disease attack, and use approved fungicides to treat infected areas. The recent mild and wet weather will certainly have provided the ideal climatic conditions for diseases.

Regular brushing or switching off the dew in the mornings will reduce the chance of fungal attack.

A number of diseases are usually very active at this time of the year, namely red thread, fairy ring and fusarium.

Red thread is often seen during the summer/autumn months, but may persist into the winter months if conditions remain mild, temperature range 15-24°C.

Identification of the disease is relatively easy with the turf grass having, irregular tan coloured shaped patches of damaged or necrotic grass varying in size 20-350mm with a pink/red colour cast caused by the fine red filaments/needles (10mm long) of the mycelium of the pathogen. Severe attacks will damage/kill grass.

Fungus spores can remain viable for up to 2 years, survive temperature as low as -20°C or as high as 32°C, This fungus is capable of growth at pH 3.5 -7.5; this means that the disease can occur on almost any amenity turf rootzone.

Red Thread spores (sclerotia) and (arthroconidia) are spread by wind, water and by traffic, and it is during these periods of mild, cool, wet weather, with temperatures 0-25°C and heavy dews, that an outbreak of disease takes place. Attacks appear during summer/autumn months but can persist into winter if weather remains mild. These spores germinate into mycelia, infecting new plant tissue, then reproduce to form fruiting bodies red threads (sclerotia).

Turf grass is susceptible to disease attack when damaged or under stress from low fertility, slow growth (insufficient Nitrogen), drought and compaction. Keeping the sward healthy and using resistant turf grass species will reduce the incidence and severity of disease attacks. Apply a balanced fertiliser programme with emphasis on nitrogen input, ensuring not to over fertilise in autumn as this may lead to other pathogens attacking the sward.

Maintain an open sward, by aeration and scarification which will, in turn, reduce thatch. Maintaining mowing machinery and removing morning dew by brushing are all good cultural practices in keeping Red Thread at bay. As a last resort, an application of an approved fungicide can be used. Approved manufacturer products available for application are contact and systemic pesticides, with the following active ingredients Iprodione, Thiophanate-methyl, Thiabendazole and Carbendazim.

Earthworm activity usually increases in November. Earthworms can survive in a wide range of conditions, but most activity is dependent on the quality of food available.

Worms like plenty of Organic Matter (OM), therefore courts with a high thatch problem tend to encourage worm activity. Soil pH also affects where earthworms are found. In strongly acid or alkaline soils, earthworms are rarely seen (pH less than 4.5 or greater than 8). The soil texture will also affect the number of earthworms found; they prefer clay soils and are less frequently found in sandy soils. Earthworm casts result from the deposition of earth and decomposing matter. There are 25 commonly found species of earthworm in the UK, only three of these are responsible for the majority of casts.

Casts are produced seasonally, during the spring and autumn where conditions such as moisture and temperature are suitable. As much as 50 tonnes of earthworm casts can be deposited per hectare in unmanaged grassland. Casts effect ball roll, and the aesthetic appearance of the playing surfaces.

Historically, earthworms have been controlled chemically, killing all earthworms in the turf. The most widely used chemical was chlordane, an organochloride, now banned due to it's wide ranging toxic effects and persistence in the environment. Currently, there is only  Caste Off available for controlling worms and only works as a suppressant.

You may still get some effective control if tempratures remain mild and the worms are still active, usually as soon as the tempratures drop to near freezing point the worms will move deeper down into the soil profile and stop producing casts.

Inspect and clean machinery after use; service and repair damaged machinery.

Remember to protect your sprayer's spray lines, pump and pressure regulator by leaving anti-freeze in it during cold weather over winter. This saves split junctions and writing off pump or pressure regulator housings, and nozzle holders damaged by expanding ice. Check that your vehicle cooling systems are up to strength too.

Inspect floodlights, replace any bulbs, get them annually inspected by a qualified electrician to maintain certification.

More details about all the courses can be found here, or you can email Chris Johnson for information.

The winter months are ideal for getting any odd jobs or repairs completed - repairing and painting structures around the club, fences, signs and furniture. It's also usually a good time to send your machinery away for repairs and servicing.

Soil and air temperatures are now dropping, early morning frosts are appearing on grass surfaces; it's important not to walk or to take traffic across frozen ground, as this will lead to turf damage.

Depending on ground conditions, some clubs may be able to complete drainage or reconstruction works during the winter months; existing drainage systems can be overhauled and cleaned out, or additional drainage systems may be added.