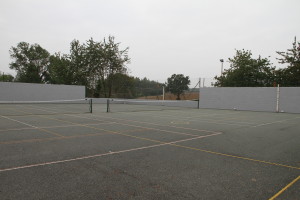 With many clubs allowing and, indeed encouraging, play on their artificial surfaces through the winters months (when weather conditions allow) it is imperative that these courts are completely free from moss, algae, leaves or anything else that might pose a slip hazard.

Remember – that the sun is at its lowest in December and daylight hours are at their shortest, so any shade problems you have will be exacerbated. These areas tend to take longer to warm up and dry out which, in turn, may affect maintenance operations and playability.

The weather forecast for December is for fluctuations. Periods of unseasonably mild weather interspersed with cold snaps. Nothing too prolonged is predicted over the course of the month, particularly with respects to cold spells which are more likely to occur throughout January and February once the storage heater effect of the North Sea’s residual summer heat has receded, such that it can no longer have a warming affect upon cold easterly air streams moving across the British Isles.

Looking at the pros and cons of each scenario they can broadly be summed up thus:

Pros: If soil temperatures rise above 10 degrees Celsius, then good growth will promote recovery on disease scars and worn areas, as well as push along seeded areas following renovation events during early autumn.

Pros: Once temperatures drop to zero or below, fungal diseases will also draw to a halt.

Sitting somewhere between warmer and colder are what can be defined as cooler periods where temperatures sit between 5 and 10 degrees Celsius. It is these periods when the grass plants metabolic systems are beginning to grind to a halt, but the fungal pathogens systems are still driving onward so that surfaces are at high risk of becoming infected with diseases such as Microdochium nivale.

Following the withdrawal from use of iprodione in June of this year, and consequently the formulations Chipco Green and Interface, this disease season marks the first year turf mangers are faced without a fungicide which will target visibly active Microdochium nivale and stop it in its tracks. Instead, the active substances available need to be applied to surfaces before the disease is active, none more so than the active substance Fludioxonil.

Fludioxonil is an antisporulant which acts upon dormant spores on the plant surface and in the rootzone. Fludioxonil interferes with the water pressure in fungal spores causing them to burst and die before prevailing environmental conditions are suitable for promoting their germination. Due to the fact that it does this outside of the plant's physical structure, Fludioxonil does not have a systemic action which requires plant metabolic function to become effective. Rather, Fludioxonil operates outside the plant when it comes into direct contact with dormant fungal spores.

Understanding the basic principle of a relatively straightforward mechanism by which an active substance operates upon a fungal pathogen (Fludioxonil makes dormant spores burst) allows for greater consideration of effective application timing. For example; given this knowledge, it is clear that an application of Fludioxonil once spores have germinated and then infected a plant, thereby causing visible signs of damage, is somewhat akin to bolting the proverbial door once the horse has bolted.

On the flip side, an application of Fludioxonil prior to an outbreak of fungal disease – as the result of reference to historical records and checking of upcoming weather patterns and forecasts which indicate disease is highly likely to occur – would serve to remove dormant spores eagerly lying in wait for conditions to favour them.

Additionally, combining the antisporulant action of Fludioxonil alongside the plant cell wall-strengthening action of foliar calcium would further help to fight off disease by providing the plant itself with the resources it requires to bolster its defences.

Finally; combining these actions with good old-fashioned principles of aeration, to allow the soil to respire, and dew removal to inhibit the fungal pathogens ability to grow and infect across the leaf surface, and you have before you the core fundamentals of an Integrated Pest Management Plan for combating fungal diseases on sports turf in December.

One quick word on soil water management, where surfaces are prone to water logging; then consider the use of a penetrant wetting agent to drive moisture away from the surface; not only will this reduce surface humidity, helping to mitigate pathogen attack, it will also allow the soil to maintain effective respiration which reduces stress on the plant and helps to maintain populations of beneficial microorganisms.

Finally, be sure to investigate areas which were dry in the summer; do not presume moisture will have yet penetrated at depth, and consider that if not sufficiently rehydrated over the winter, soils will start drier in the spring. Should another dry summer come to pass, the onset of water stress will become apparent sooner, again a penetrant wetting agent will help to alleviate this problem.

When looking back at weather records over the past forty-five years, summer 2018 may be considered something of a freak occurrence; however, inspection of weather records over the past five to ten years indicates such extremes are becoming more and more common. The lesson then is not to presume spring and summer 2019 will not be similar to 2018, it may very well turn out that way.

As always prior consideration and then adequate preparation for a range of potential extreme scenarios is paramount to maximising sustained quality of turf surfaces throughout any given year.

With some machines not currently being used, take the time to carry out an overhaul or send them away for a service. 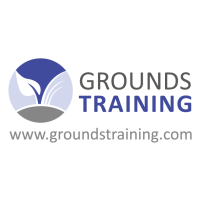 Some of the other courses available are:

More details about all the courses can be found on our new Grounds Training website, or you can email Chris Johnson for information.

Current topics of discussion on the Pitchcare Forum