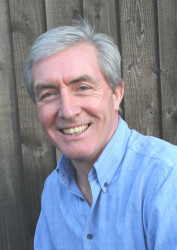 I'm not a Groundsman or a Greenkeeper. Nor am I, come to that, anyone who has any particular detailed knowledge of this sports turf industry.

What I am is someone who has, over the last seven years with Pitchcare, learned all he knows from colleagues at work, members who use the website and the myriad of industry people of various forms and guises I've met on my travels.

Seven years isn't a long time, especially compared to those individuals who have given almost their whole lives to the cause, but it's long enough to give me a feel for what is going on.

So, what have I learned?

I can tell you that the industry is awash with unbelievably dedicated people, professionals and amateurs, who want nothing more than to do the best they can to produce the highest standard sporting surfaces.

I know that the industry is impressively progressive, with brilliant research and development work going on in all areas. You just need to look around at the state of the art machinery, the vast selection of materials and products, the top quality surfaces being produced all year round. Very few industries have progressed so much in such a comparatively short space of time.

I also know that the industry is like no other in the way that people are prepared to help others. Got a disease problem on your pitch? Not sure what machine you need to do a particular job? Ask the question and you will be overwhelmed with responses.

The industry is also awash with support to the various sectors within it. There is an almost limitless range of specialist organisations and associations encompassing all the disciplines you can think of - drainage, irrigation, constructors, Groundsmen, Greenkeepers (at least two of these), turfgrass, and the list goes on…

But, therein lies the problem. Each sector ploughs on quite nicely looking after its own area of expertise but, when it comes to dealing with an across the industry issue, there is no recognised, cohesive voice. It is an industry so large, with so many positives and so much going for it, and yet it is an industry which has no influence at all in areas that really matter.

So what? Does it really matter?

Well, in fact, it does. The old adage of 'united we stand, divided we fall' applies to all industries when it comes to having any influence and recognition. There are issues which need a coordinated approach to government departments and, further afield, to affect any proposed European legislation that might impact upon the industry.

The recent merger discussions between the IOG and BIGGA were considered to be the long awaited opportunity to move towards a united industry. The collapse of the talks was disappointing and, at first glance, appears to have left the industry in limbo.

However, in my opinion, it has actually brought some focus to the issue. During Harrogate Week I lost count of the number of people, including senior officials from the key membership associations, stating publicly that the industry needs a united voice.

I was privileged to attend the reception marking the award of the MBE to Eddie Seaward. In his speech Eddie, who was very heavily involved in the BIGGA/IOG discussions, made a point of talking about the way ahead for the industry. He particularly stressed the importance of the industry coming together within an umbrella organisation, comprising all the interested groups and associations, which would be the much needed industry voice.
There were many nods of agreement and supporting comments afterwards, so I would like to think that there were enough influential people in the audience to take note of Eddie's words and have the courage to move his proposal forward.

There have been suggestions on our own website that Pitchcare should take the lead and, possibly, become the umbrella organisation. But, that is not, and never has been, our intended role. It would change the whole ethos of Pitchcare. We have always been in favour of a united voice within the industry and we have stated on numerous occasions our willingness to work with any other organisation or group of organisations with the same aim.