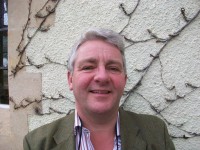 The day began with a tour of the company's seed trial plots before delegates heard a series of presentations, the first from host Derek Smith who introduced the growers and affiliates present to iSeed, DLF's patented seed coating that focuses on improving nutrient utilization during the early stages of plant growth. The coating contains 20% nitrogen and 4% phosphate, the N being both fast acting and slow release. As the fertilizer is coated onto the seeds, the germinating and developing seedlings receive the benefit rather than the surrounding plants.

Next to speak was Simon Quinton-Smith from Property and Business Consultancy firm, Quinton Edwards. Simon spoke about company takeovers, outlining factors which are barriers to a purchase and offering advice on preparing a company for sale. 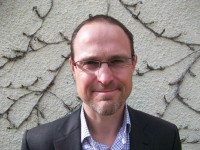 Soil and Landscape Consultant Tim O'Hare then took to the floor to talk about the manufacture and variety of topsoils, emphasising the importance of quality and compatibility.

Following his visit to American last year, TGA Vice Chairman Hugh Dampney gave an overview of the way turf businesses operated in the States and explained how their turf industry has been affected by the recession.

Commenting after the meeting, TGA Chief Executive Tim Mudge said: "We extend our thanks to DLF for their support and hospitality for our spring event. Our presenters all discussed issues relevant to both members and affiliates. It was the ideal way to kick off the growing season."

Derek Smith, Amenity Sales Manager for DLF added: "We were very pleased to host the first TGA meeting in 2010 - the turnout was excellent despite the cold weather. We wanted growers to get an idea of the scale of our UK breeding and trialling operation with over 45 hectares of plots and two full-time UK breeders. We are confident this continued investment will yield new improved cultivars selected specifically with UK conditions in mind."

he response to our new nutrient seed coating, iSeed, was exceptional. Being able to produce an improved quality crop in a shorter space of time and therefore reduce input and land costs was of interest to the majority of the audience. The benefit of existing customer testimonials and proven independent trial results really gives people confidence. Many leading turf producers have placed orders following the event."