Trainer and Conference Speaker Frank Newberry turns his attention to those of our work colleagues who resist even legally enforceable changes to their work practices. He suggests three options supervisors might consider trying to help people change their ways at work.

In a recent article for Pitchcare I referred to some team members as 'old fogies'. I described these people as being those who have been doing a reasonable job on a limited range of tasks over a period of years. They can often be older team members who are quite happy doing the same job year in and year out, but this is not exclusively an issue with older workers. Some of the most radical, progressive and inspiring people I have ever met have been in their 60s, 70s and 80s and there are also many younger team members who prefer to do a limited range of duties. 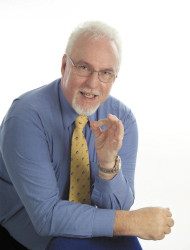 You will have trouble with a capital 'T'

This is fine all round if it fits in with what the employer wants from his/her people. However, if your people resist changes in work methods or decline new duties that are seen as important then you have a little problem. Some changes can even be a legal requirement e.g. new Health and Safety legislation may require a change and, if your people resist the law, then you will have trouble with a capital 'T' to add to your little problem.

A great guy I know (a turfcare professional in a supervisory position) told me that he recently tried to get one of his older staff members to change his ways because it was a legal requirement to do so, and the response came "Don't even ask me to do that - I can't change now". The person took the view that he would never be held accountable in court for dangerous or hazardous work practices if his supervisor got someone else to perform those duties in future.

You may need to listen for every hint and nuance

My first reaction, as someone who is an 'old dog' having to 'learn new tricks' myself, was to suggest that he could get others to do that particular task, and other tasks, and even more tasks until the guy is eventually on 'light duties'. Now, a consequence of going on light duties is a lighter pay packet. I resisted saying "see what he thinks of that idea", when it occurred to me that the worker might actually want to go on light duties and might even accept, if not welcome, a calculated pay cut.

Stranger things have happened; the person may have been feeling uncomfortable for some time, wondering what to say and dropping hints that might not have been picked up. In a culture where people are rather shy about such matters you may need to listen for every hint and nuance. So, option number one for your consideration is:

1. Offer them a new deal - if you can - with lower wages for doing less work
If a pay cut sets a tricky precedent, and the worker is willing to work a full week, then you might consider reverting to a series of improvement projects that the person can do to fill up the hours they now have available since they declined the new tasks, or declined to do some old tasks that have to be done in a new and safer way.

As indicated previously in this magazine any project work the person does would need to have real merit. For example the improvement projects would have to:

I believe that any project work a person does is done best if the person concerned thinks up the project. So, perhaps you could start by asking what they would like to do. Perhaps they could be asked what they think needs doing or what they have always wanted to try out but have been too busy to do in the past. Also, a little testing or experimentation, a few inspections or examinations, some reviews or evaluations here and there, can often be of real value.

When I ask groundsmen and greenkeepers what they would like to spend more time doing at work they often indicate that they would like to visit other sites or other places to check out 'best practice'. It should be emphasised that best practice might extend to the policies an rules that others have in place.
Many say they want to spend more time surveying opinion or listening to customers and colleagues in other departments, so that they can factor their thoughts into the way their work is being done or scheduled.

Then there is always stocktaking, inventories and safety checks that need to be done. Individuals have told me that a specific responsibility for something, or a specialism of some kind, always brings more meaning to their work. So, option number two for your consideration is:

2. Offer them the opportunity to do a series of improvement projects

I suspect a number of different improvement projects would need to be generated and evaluated against agreed criteria.

The person is energised and motivated

Second, some of the work generated by the projects extends into a full time and ongoing workload which the organisation values in the long term as well as short term. The outcome again being that they stay on the workforce in a full-time capacity.

A meaningful legacy for them to pass onto the work team

Third, the individual, after a time, can see that their personal contribution, over the full term of their employment, along withtheir more recent project work, has developed into a meaningful legacy for them to pass onto the work team. This is important to many long serving staff because it gives them the feeling that their contribution will not be lost, wasted or forgotten when they do eventually leave full-time employment.

By this point in the arc of their work experience they should already be coaching and mentoring others, perhaps the younger, less experienced team members. In this way they can be actively involved in passing on their legacy and enjoying the respect and admiration their contribution to the work has earned them. It might even be possible, after they retire, to retain them for a few hours a week as a coach and mentor to the work team, or someone who can help out at busy times of the year doing work to a good standard. So, option number three for your consideration is:

3. Offer them the chance to have a meaningful legacy and a useful role as they approach the end of their working lives. I firmly believe that, if we listen closely to people who seem to be resisting change, we will learn which options, or combinations of options and reassurances, will work best for them.

You never know, maybe you will be able to change some of them from 'old fogies' to 'golden oldies'.