by Football Foundation
in Synthetics and Football
on 21 Nov 2018 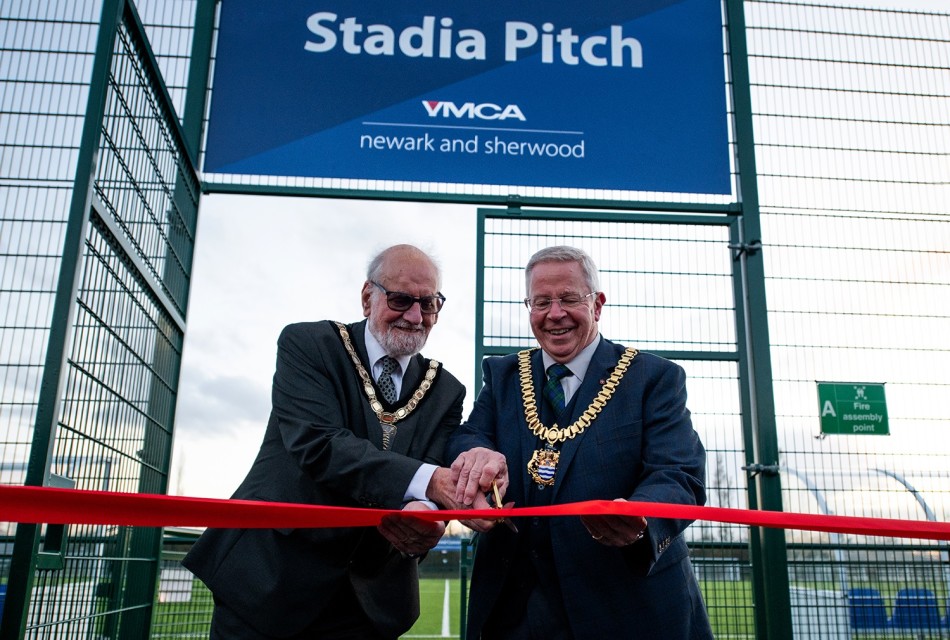 The third generation (3G) artificial grass pitches (AGP) are part of the wider development of the Newark and Sherwood YMCA Sports Community Village (SCV) situated on Bowbridge Road, which will be phased over several years.

The new facilities were made possible thanks to investment from the Premier League & The FA Facilities Fund, which is delivered by the Football Foundation. Further significant funding and community involvement came from Newark Town Council and Newark and Sherwood District Council, alongside support from Nottinghamshire YMCA.

The grant has enabled Newark and Sherwood YMCA to install two full-size floodlit 106m x 70m 3G AGP's, one of which would be suitable for play in the National League System. The two pitches at the SCV site are located adjacent to a new £9.4 million Leisure Centre which opened in April 2016, helping to form a quality community hub for the people of Newark and the wider community.

One of the pitches also now meets Category H of the FA National Ground Grading requirements and has been designed to allow Newark Town FC to expand in the future with minimal disruption. The club currently play in the Central Midlands League North Division at Step 7 and aspires to push for promotion in the future with the support of the improved facilities.

Nottingham Forest Community Trust (NFCT) will use the site to deliver various community schemes in conjunction with the YMCA as part of a Pro Club link. This will include developing girls and women's football with dedicated sessions and coaching for disabled footballers.

Nottinghamshire YMCA were awarded a £500,000 grant from the Premier League & The FA Facilities Fund towards the project. The council worked alongside the Football Foundation and the Nottinghamshire County FA to compile a five-year Football Development Plan, which is a vision of how sport will be played on site with an emphasis on increasing participation.

The new facilities will support the projected formation of 113 new football teams across junior and adult formats over the next five years. This will contribute towards a massive growth in the number of affiliated footballers playing at the site, with over 1,800 new players expected, creating a 2416% increase.

Significant growth in the number of female players using the site is also anticipated over the next five years and will result in the formation of 22 new female teams, which will support over 350 affiliated players.

Since 2000, the Football Foundation Funding Partners' investment has provided 254 grants worth £14.5m towards grassroots sports projects worth over £25.4m across the whole of Nottinghamshire County FA region.