by Peter Britton
in Football and Synthetics
on 20 Jun 2018

News that the 2026 men's World Cup will be played entirely on grass means an apology is in order to top female soccer players. 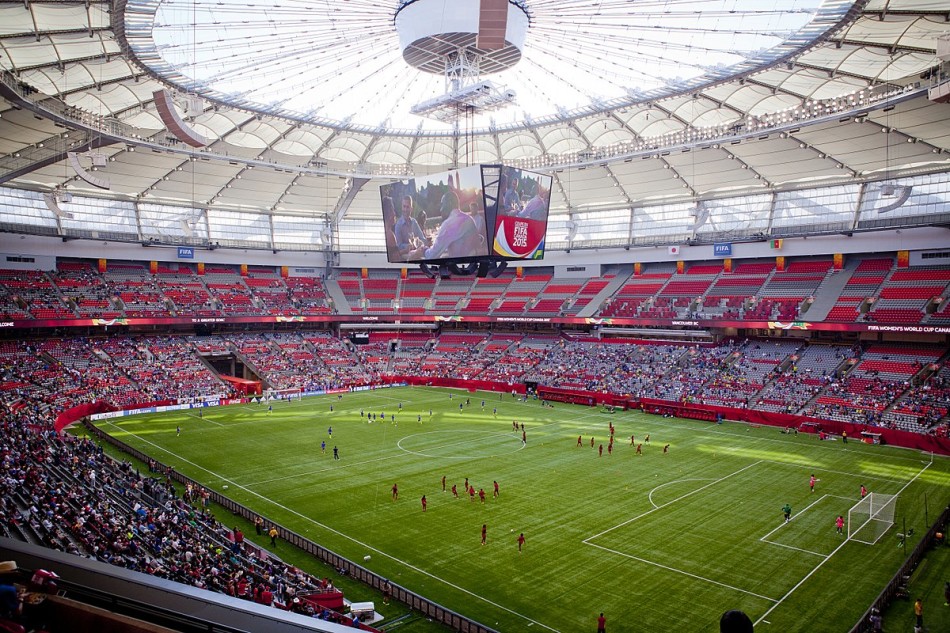 So says the U.S. lawyer who represented a coalition of elite female players in an unsuccessful battle to play on natural grass at the 2015 Women's World Cup in Canada.

"Hosting a World Cup, women's or men's, is exciting and I'm happy for North America," Hampton Dellinger said in a statement given to the Canadian press.

"But we are much closer in time to the plastic pitch debacle of 2015 than the grass tournament of 2026. And, given the artificial turf the women were forced to play on and the threats made against those who protested, I believe Canadian, U.S. and Mexico soccer officials still owe female players an apology."

Whoa; stop there! Why should the officials from these three countries need to apologise? If any apology is due, then it should surely come from FIFA, the tournament's stakeholders. The men's game is a multi-billion pounds juggernaut that commands huge interest across the globe, with television rights alone stocking the coffers with eye-watering amounts. Bidding to host the tournament is always keen and, whilst some of the allocations may appear dubious, very few host nations lose out on their World Cup experience.

By contrast, the 2015 Women's World Cup found it difficult to find one host country, let alone start a bidding process. In the end, after much discussion, Canada 'agreed' to host the event; they didn't go looking for it. 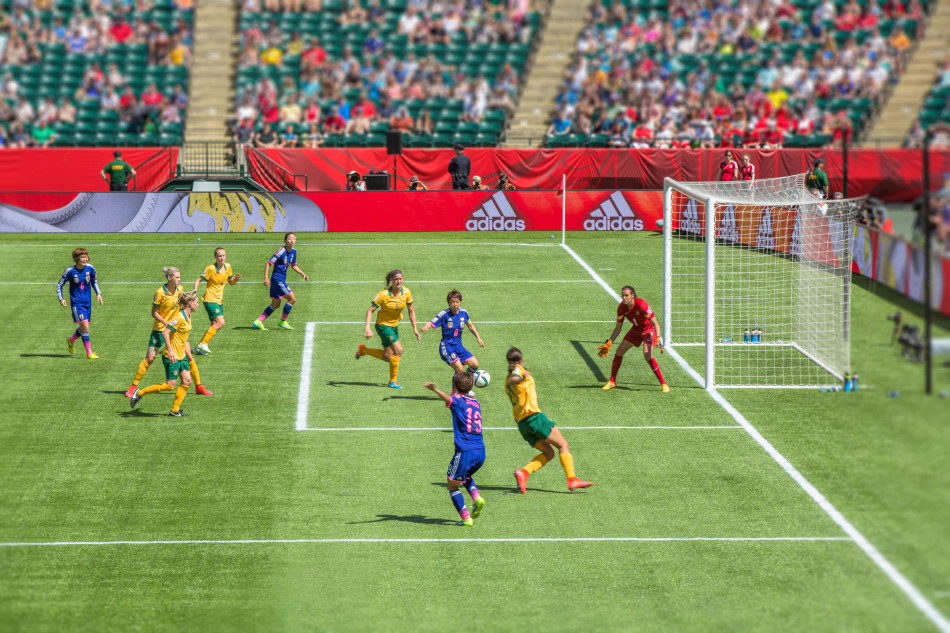 It is highly likely that Canada lost money by hosting the tournament and, clearly, there were not the finances swashing around to build new stadiums or, indeed to install new pitches. And the truth is that, for the moment, the women's game does not command such outlay.

That's not to say that the women's game will not grow in stature in the coming years, it's just that, at the present time, it is more a Ford Focus than a juggernaut.

Mr Dellinger goes on to say; "The national federations should also make sure that the hundreds of millions of dollars they will spend on soccer in the decade to come includes a dramatic increase in funding, including salaries, for the women's game."

Again, I take issue with part of this comment. I agree that additional funding to grow the women's game is desirable, but a dramatic increase in salaries? Surely only if more money comes into the game from attendance, sponsorship and TV rights. Supply and demand should govern salaries.

We may chunter about the perceived extortionate transfer fees for Gareth Bale, Ronaldo, Neymar et al, but the demand is there. It has always been about bums on seats!

The 2015 Women's World Cup attracted record attendances and viewing figures, but they remained a fraction of the men's game. A step in the right direction, for sure, but little else in terms of revenue.

But back to the artificial debate …

Eleven of the twenty-three stadiums under consideration for the North American bid currently have artificial turf, including Montreal's Olympic Stadium and Edmonton's Commonwealth Stadium, both of which were used in the 2015 Women's World Cup.

And, unless FIFA initiate a change of direction - always possible where FIFA are concerned - the artificial surfaces will be replaced with natural turf for the men's tournament, but is that discriminatory?

The women had argued that making them play on artificial turf was just that, when the men play their showcase tournament on grass. Yet a good proportion of the elite women's game is currently played on artificial surfaces. It is not something new to them. 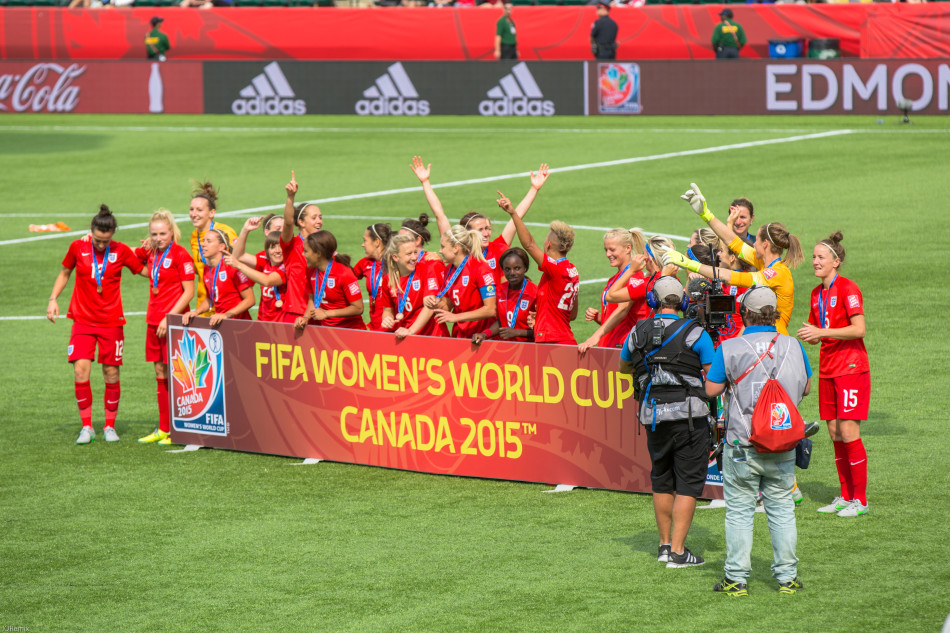 The women's desire to play on natural turf is to be applauded, and I hope they are ultimately successful. Equally the men's efforts to keep artificial surfaces out of the professional game is laudable but, as things currently stand, it is case of simple economics.

FIFA rules do allow for tournaments to be played on artificial turf if it meets certain standards. But the men always play on the real thing at the World Cup.

There remains concerns about artificial pitches, from the possible carcinogenic properties of the rubber crumb infill, through injuries to joints and burns to players' skin, to sky-high temperatures at the playing surface - over 60 degrees centigrade was recorded at one match at Edmonton in Canada.

The arguments for 3G are persuasive (as ever) yet, until the health and safety concerns are put to bed, they will never be fully accepted as the surface of choice. Natural turf wins on so many counts, not least environmentally.

Elite players in Scotland have recently voiced their dislike of playing on 3G, with Hamilton's artificial surface being voted the worst surface north of the border - natural or artificial.

It should be noted that artificial surfaces will not be an issue at the 2019 Women's World Cup in France, as the organisers plan to play every match on natural turf, albeit with the help of some judicious weaving of fibres into the surface.

For the record, the women eventually withdrew their human rights complaint in January 2015, ahead of the June start of the Women's World Cup.

"The players are doing what FIFA and CSA have proven incapable of; putting the sport of soccer first," Dellinger said at the time.

Over in the States, the Environmental Protection Agency (EPA is a Government department) are, if the schedules are to be believed, due to present their findings on rubber crumb. Their conclusions should be with all the stakeholders for review about now, with a final statement promised later this year.

However, there have been no updates from the EPA since July last year and this is cause for concern for both sides of the debate.

The wonderfully named 'Rubber & Plastic News' has stated that "While we agree that the EPA should not sacrifice thoroughness for expediency, after nearly a year of study, the cloud of uncertainty is hurting businesses as well as jobs," they said. "The science is evident, and it is time for the EPA and other regulatory agencies to bring clarity to the situation."

Sadly, the science is not evident, otherwise we would all know the outcome. Their will be an awful lot of people crossing fingers, walking around ladders and avoiding black cats whilst awaiting the EPA's findings. I hope they are not 'fudged' to appease stakeholders.

As a footnote, we have always stated that artificial surfaces have their place in the modern game, but only when we know the extent of any perceived dangers.