by External source
in Conservation & Ecology
on 13 Aug 2014

0 Driven to extinction: a bug's life 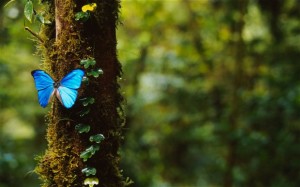 The number of insects on the planet has plummeted by 45 per cent since the Seventies. Why do we care so little for such a vital resource?

Remember the old saw that insects will eventually take over the world? Well, maybe it's time to forget it. Startling new evidence suggests that their numbers have nearly halved over the past four decades, while our own population has almost doubled - leading to calls for humans to learn to love the small creatures that more usually bug us.

This week, 600 of the world's top entomologists - convening in York for a congress held every four years - hosted a special session to convince people of the importance of insects. They worried about how to change the image of the world's creepy-crawlies, largely neglected by conservationists in favour of more charismatic animals.

It is certainly not before time. Just before the congress, senior British, American, Mexican and Brazilian scientists published a paper in Science, concluding that the number of insects on the planet has plummeted by 45 per cent since the Seventies, while human numbers have soared from around 3.7 billion to 7.25 billion.

The paper marks a first authoritative attempt to work out what is happening to the quantity of insects around the world. Previous studies have suggested that about a quarter of species are in danger of extinction, but these, as the researchers point out, tend to underestimate the damage.

For a while species extinctions are important in evolutionary terms, it is the number of insects in an ecosystem that determines how well it functions. And while the last few individuals of a species can hang on for a long time, delaying its complete disappearance, a drop in numbers can occur rapidly when, for example, a rainforest is felled or land is sprayed with an insecticide for the first time.