Whitchurch Rugby Club have been using a hi-tech drone to deal with a large sinkhole which suddenly appeared on the pitch. 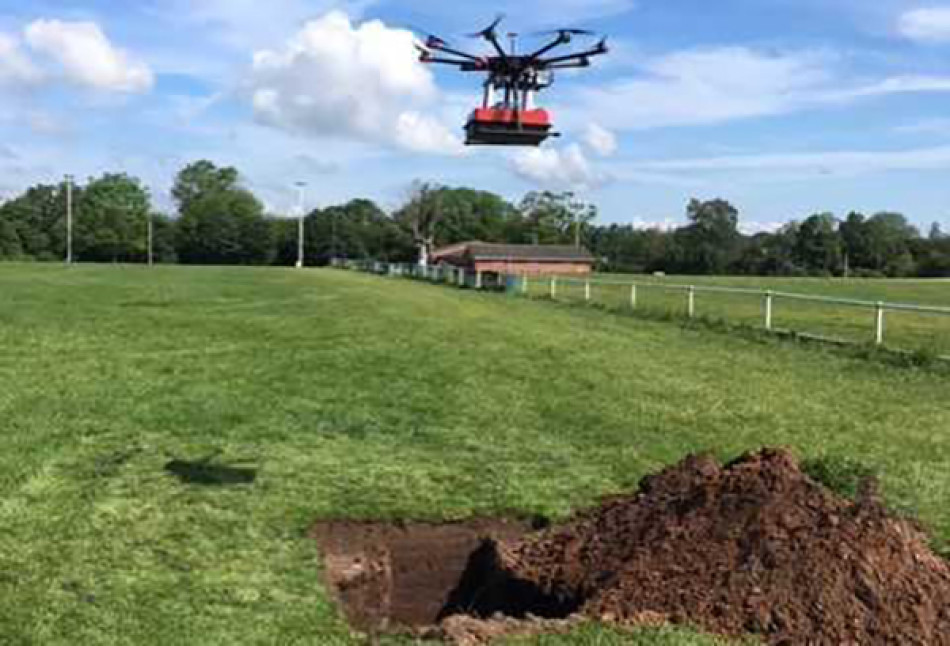 John Oakden, chairman of Whitchurch Rugby Club might have been left with a sinking feeling after spotting the large hole.

But a quick call to geophysicist John Trust proved to be the solution, as his eight-armed GPR drone was able to identify possible causes.

John and his son David quickly established that there was a sinkhole effect going down 11ft, with the likely cause being a rotten tree stump or damaged plastic drain.

They advised that the area need to be dug out and the offending article removed.

Following this analysis John Oakden made an immediate phone call to Phil Mullock, former first team captain at Whitchurch Rugby Club and owner of PG Mullock Builders, who organised for a digger to be sent over the next morning.

Phil, whose son is currently playing scrum half for the club, used the digger to expose the cause of the collapse, which was confirmed to be a rotten tree stump. 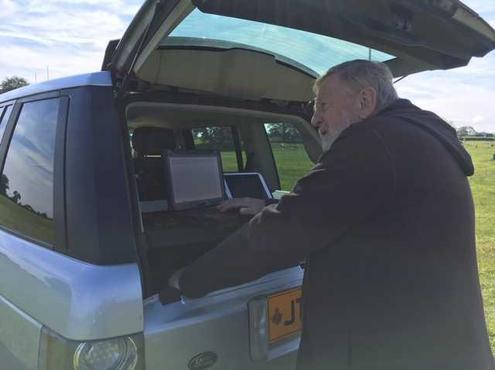 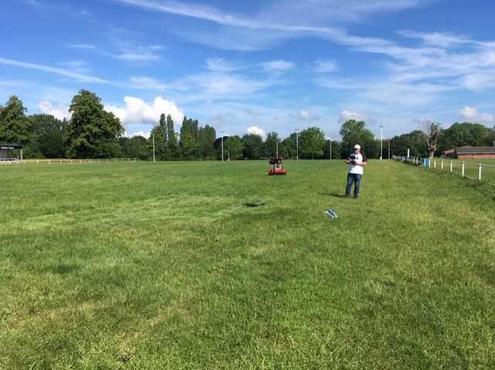 This stump was acting like a vertical drain, making the sand under the pitch move downward and causing the slippage of topsoil.

Another phone call to Rob Cadstone from Cadstones' Building Supplies, and a ton of shingle was delivered and placed in the hole and dampened down. The digger then refilled the soil and dampened this down.

Head groundsman Will Evans added another two tonnes of topsoil, which he then seeded and raked flat.

These repairs mean the pitch should be in perfect condition in time for the first home game on Saturday, September 14.

Mr Oakden said the club was enormously thankful for all the assistance they had received and was amazed at the speed in which a potential disaster was averted.