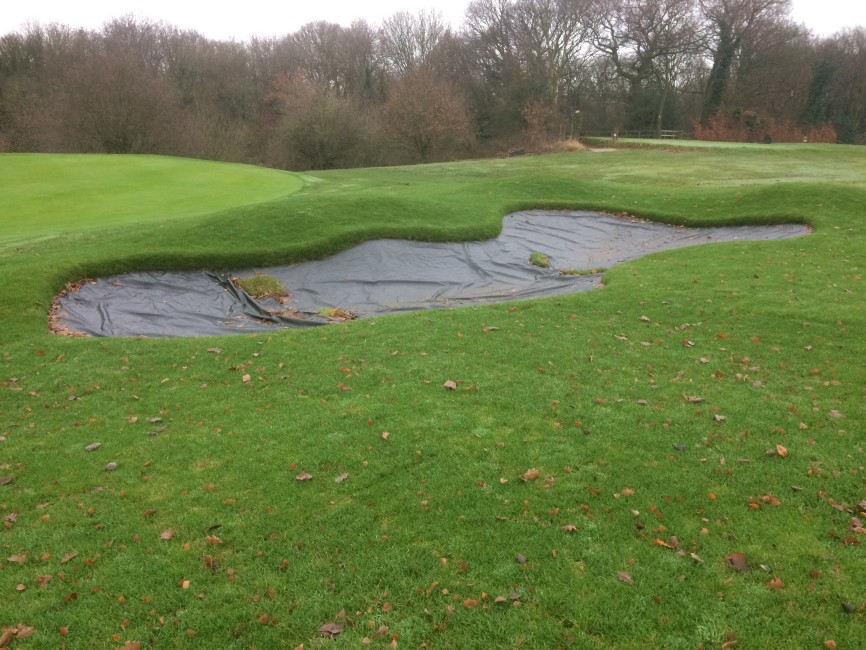 Duncan Ross has executed the vision of renowned golf course architect, Jonathan Gaunt, with the fabrication of four bunkers at Astbury Golf Club, which have been very well received by the board of directors and members.

The parkland course, based in Cheshire, was established in 1922 with the bunkers not receiving any consistent redevelopments since then. Old bunker faces were becoming tired with age; drains weren't working properly and there was an inconsistency of sand.

After a membership survey and the appraisal of head greenkeeper, Dave Blank, it was decided to have Gaunt Golf Design Limited survey the course and provide the club with a bunker master plan.

It was the aim of Jonathan to reinstate some character to the course through the bunkers, making the design process crucial, but the interpretation of those designs from Duncan Ross even more so.

"The bunkering at Astbury is designed not to be too severe to play from, visually attractive and in view from the tee or approach, and Duncan has interpreted that really well," Jonathan explained.

"When it comes to designing bunkers for courses it's more of a job for me to implement the ideas of the club and pick the right contractors to oversee the work to make sure it's done to the right standard.

"They asked me to provide them with a master plan and that included if bunkers should be filled in, repositioned, reshaped or remodelled. I worked my way around the course and came up with an 18-hole master plan, and that plan has become their blue print for future works." 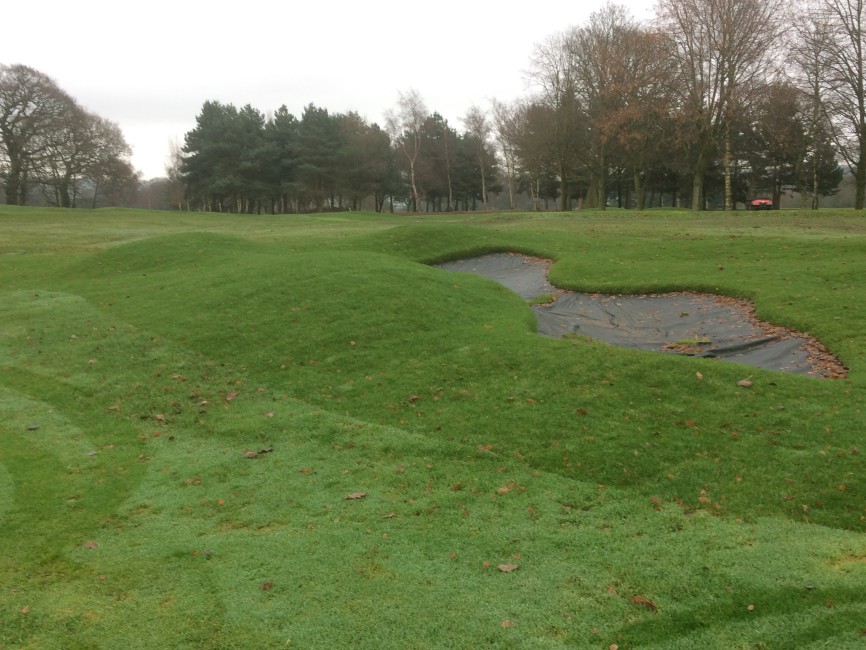 With the second phase of work planned to take place on the site this year the success of the first phase was very important for all parties, not least the club itself. Dave explains the teamwork involved in the project and the results that can now be seen on the 1st and 13th holes.

He said: "It was an extensive job because it was the first time we'd worked with Duncan and Jonathan, but I can't tell you how pleased the members, especially the board of directors, are with Duncan and the work he's done for us.

"A bit of everything has contributed to the success of Duncan's work. It's his attitude to come in and look at the work, nothings too much trouble. We altered one or two things, and he was more than happy to accommodate those changes, and together we mixed in and made a good team.

"Now we're just waiting for the turf to bed in and settle, and the roots to start germinating and knit properly, and then the sand will go in at the beginning of March in time for the start of the season."

The project also incorporated a rubber membrane into the bunkers for the first time. It's hoped that whilst the initial outlay for the product was expensive that the long-term benefits will far out way the cost by keeping the sand clean and stopping it getting contaminated.

The use of innovative products is very important as technology moves on, as is the commitment of Duncan Ross to ensure that every client receives the highest quality final product available to their budget.