The resourcefulness and positivity of Course Manager, John Watson, and his team of six, at the parkland course of Downfield GC, Dundee, saw them through a tough 'stop-start' winter. 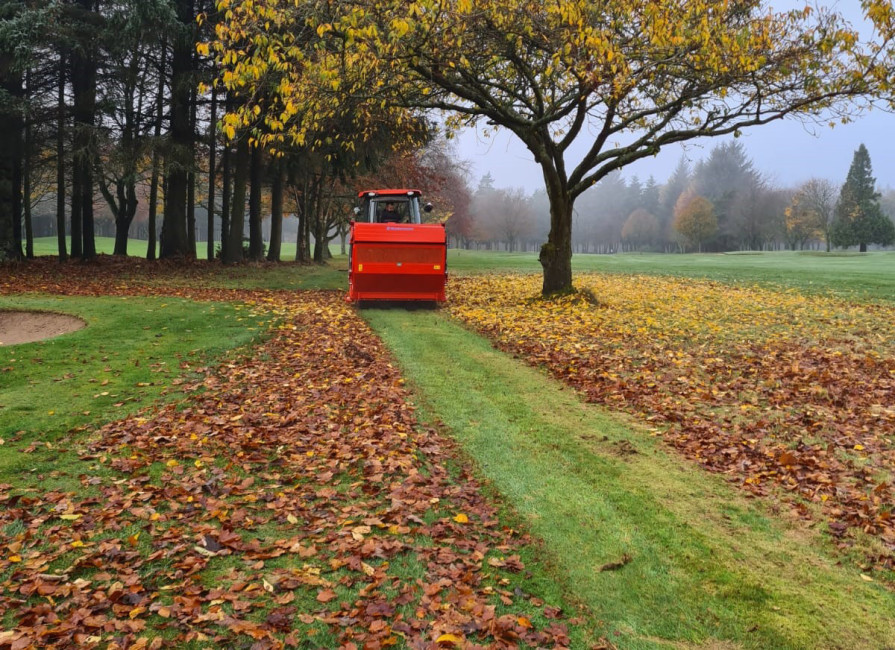 "You can only worry about what you can control," said John Watson, brushing aside that a relentless combination of ice and 12 weeks' snow cover, played havoc with well laid plans for the first quarter of the year.

The first was a Wiedenmann Super 500, 3-in-1 high dump, sweeper collector, which is famed for being able to keep working in frosty conditions.

"It's been permanently attached to a hydrostatic tractor; it works a treat on that, so smooth. Primarily, it was for leaves and then of course, rough management. It picked huge amounts of leaves right away, and then a few storms meant we virtually had to start again. Leaves are vacuum packed nice and tightly. We high dump them into one of our 5 tonne cage sided trailers. We've taken photos of what it does and quite honestly, it's so good, people think we've used Photoshop," continued John.

The second machine is the Maredo MT200 Flex Verticutter, supplied via GroundPro to Fairways GM and indeed, to all Wiedenmann UK dealers. 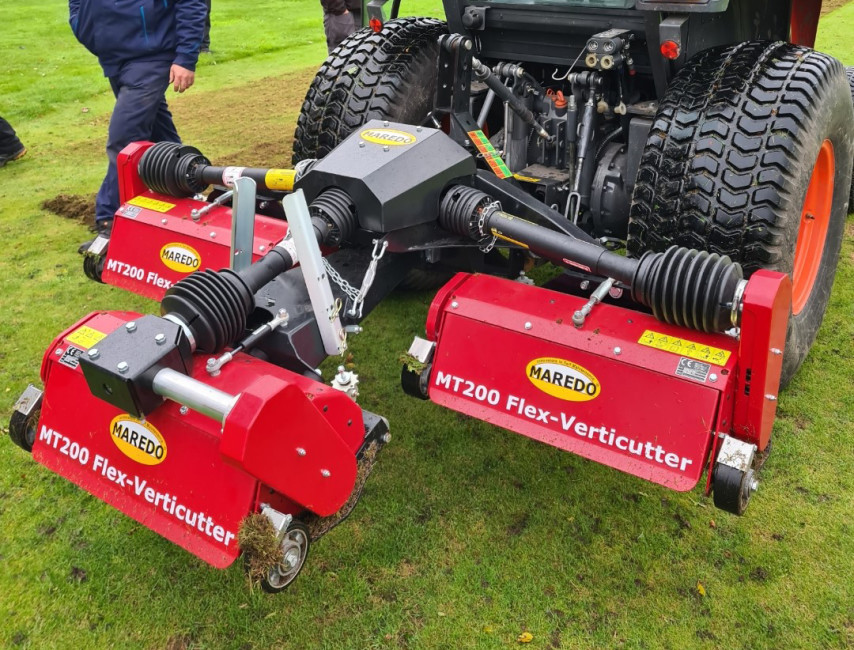 The Maredo has three mechanically driven heads which follow contours individually and can give either a light groom or verticut, or a deep scarify, down to a maximum 25 mm, particularly appropriate to greens, tees and aprons.

"I chose the Maredo for its manoeuvrability. It's on a three point linkage behind the tractor so when it comes to doing tees or greens, it's just a case of pulling up the lift lever. They are light, quick and easy to position in the tightest of spots. What I like is they drop the organic matter and debris behind the machine rather than up in the air and there is no running it over. I was also conscious if you hit a stone, it wasn't airborne, so for me it surpassed the H&S requirements and it worked better for us than others demonstrated. Just in the last few weeks have we been out scarifying the practice area ridding it of moss and organic matter down to about 8 mm. It's neat and thorough."

John's ethos is to work smartly and productively, maximising output with all of his team involved.

"We have three tractors and they all work in tandem when we cut and collect the rough, we have one tractor running back and forward with the trailers, taking them to be emptied and to drop off points around the course, one blowing and the other working the Super 500 constantly with no wasted journeys back and forward to empty. Same principles with the Maredos; when we are scarifying, we use our blower to row up the debris, the Super 500 to collect and trailers positioned for high dumping. None of this is rocket science but organise well and you make the most of a good day," continued John Watson.

Mike Lindsay, Fairways GM's Area Manager said: "The Super 500 and Maredos will work well together. John had been keen to add them to his machinery feet for some time and now they are doing exactly what he'd planned."