Kyle Turner has gone from tee time to full-time after ditching life as a greenkeeper to join Dunfermline. 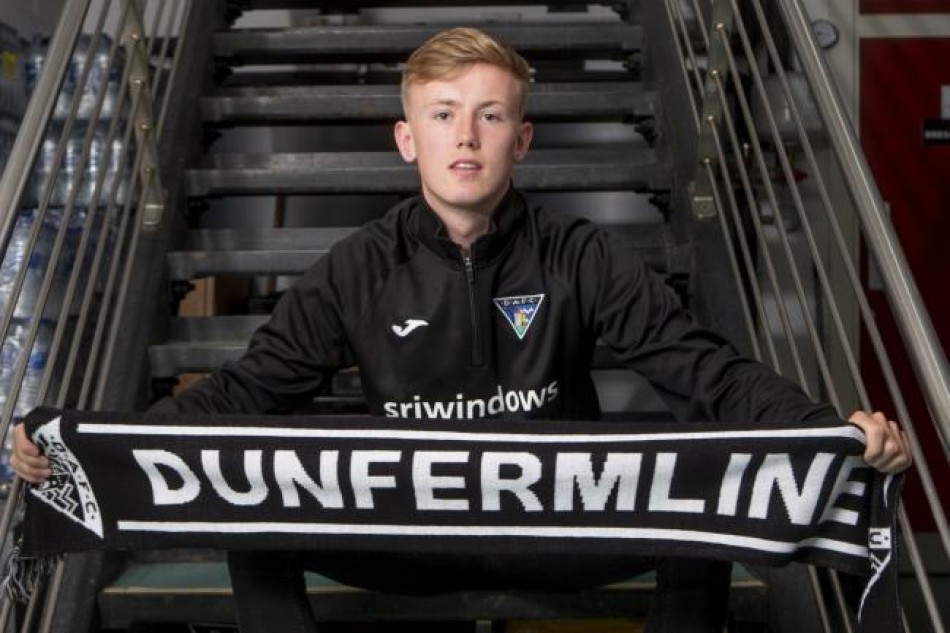 The 21-year-old tended the fairways at plush Glasgow golf courses Haggs Castle and Cochrane Castle, even completing a three-year apprenticeship to ensure he was fully qualified in the trade.

All the while, Turner was emerging as one of the brightest youngsters in the lower leagues at Stranraer, notching 19 goals in four seasons and earning links with the likes of West Brom and Aberdeen.

After four-and-a-half years obsessing about the quality of golf courses, it is fitting that he ultimately joined the Pars.

Turner said: "I used to work every day as a greenkeeper on a golf course and only trained two days a week with a Stranraer.

"I was responsible for cutting the greens, maintaining the fairways and a little bit of everything really.

"I left school at 17 and then did a three-year apprenticeship in that. It was four-and-a-half years I did that job in total. I felt it was important to get some life experience and have something to fall back on if the football didn't work out.

"I was at Haggs Castle course in Glasgow and Cochrane Castle in Johnstone. They were pretty nice - Haggs, in particular, was a good course. We had a couple of Scottish tournaments, qualifying for ranking points, and events like that so I enjoyed it.

"But I always wanted to get a full-time opportunity. This is the first-time I've ever been in full-time football and it's a big step up from what I'm used to, especially in terms of fitness. Training every day and the demands put on you are completely different."

Sunday's curtain-raiser against St Mirren will have a special edge for Turner, whose father, Tommy, made more than 100 appearances for the Buddies between 1997 and 2002.

While Kyle was too young to recall his old man strutting his stuff in Paisley, his pivotal experience and tough love has been a huge factor in the youngster's progression.

You can read the full article from Capital City Press HERE