The combination of UltraGroomer™ and SMARTVibe™ cassettes from the TMSystem™ have been the key to removing lateral growth and increasing green speed at Norwich's Eaton Golf Club. Now fundamental to his pre-tournament preparations, Course Manager Rob Ransome has described the difference they have made as 'significant'. 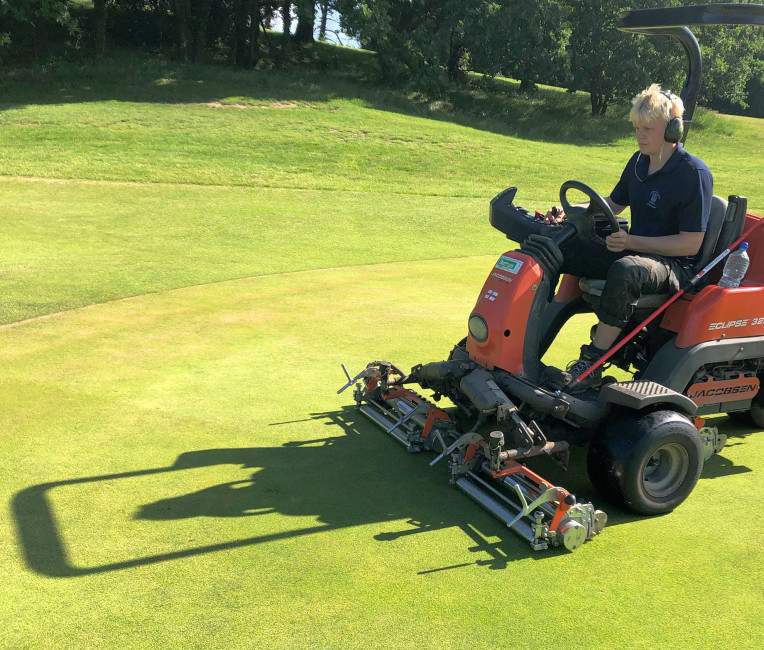 "When I joined Eaton two years ago, it was evident improvements were needed on the greens both in terms of speed and consistency of trueness" explains Rob, who heads up a greens team of six. "I'd used other cassette systems in my previous job but had heard a lot about the TMSystem™ and was keen to get my local dealer Ernest Doe in to show me the two cassettes working together." Noticing the potential straight away, Rob was swift to purchase a set of UltraGroomer™ and SMARTVibe™ cassettes for his triple-greens mower - eliminating the need to purchase two separate machines to conduct the same tasks.

"The UltraGroomer's have removed the lateral growth and are now used on a regular basis to minimise puffiness and remove any Poa or unwanted grasses. The SMARTVibe™ cassettes meanwhile, we use two or three times a week and these have made a significant difference to playing speed and the trueness of our greens. We also use them for a couple of days after we topdress, not only to work the sand down into the profile but eliminate the need to run the mowers across, which can blunt the blades. It also occasionally substitutes mowing through the winter, keeping the greens true while minimising surface pressure."

While used regularly during normal play, the two cassettes work hand-in-hand for Rob's tournament preparation and have been key to achieving the greens speed needed for competition play. "A typical pre-competition week see's us UltraGrooming Monday and Tuesday, and then vibing Wednesday, Thursday and Friday ready for a weekend tournament. The accumulative result is fast, consistent greens which has more than satisfied the needs of our players."