0 Ease your Greens into play this Spring 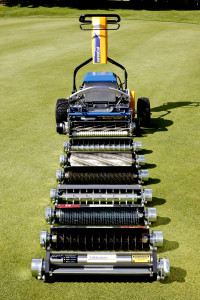 Spring can be a difficult and sometimes frustrating time in the greenkeeping calendar. The effects of a winter that may have resulted in disease scarred greens, worn areas through heavy play and generally weak turf can cause problems in getting the greens ready for the summer. John Coleman, Managing Director of Advanced Turf Technology, and an experienced Greenkeeper to boot, shares some of his tips.

The first thing to remember when considering spring maintenance is that soil and air temperatures will likely be low, sunlight likewise will not be intense and the plant, at this time of the year, will be more inclined to want to bolt to seed than to tiller. This equates to a turf that is not best placed to withstand heavy remedial maintenance as recovery will be limited. It's always worth remembering that any remedial maintenance should be undertaken when growing conditions are favourable to help with sward recovery and thickening.

Most greens in the UK are predominantly Poa based. The seemingly infinite amount of biotypes of this grass can result in many different varieties being present in greens on the same course. Each biotype can have different growth characteristics which can result in uneven, patchy growth even throughout the same green. During decent growing conditions the patchy growth is masked, but when conditions are less favourable a patchwork quilt effect can not only look strange but can also result in bumpy surfaces. This is partly because plants with quite different genetic characteristics have a tendency to coalesce in patches.

This may be seen on Poa greens where some patches grow quite densely and others are thin; some have raised crowns and others may be more susceptible to frost displaying anthocyanin production resulting in a purple tinge. None of these aspects of growth in themselves are of real concern in the summer but the spring time can exaggerate the discrepancies in styles of growth.

Until soil temperatures rise significantly then the modus operandi is less about "spring maintenance" and is more akin to "disguising" the inherent aforementioned issues of disparate growth until higher soil temperatures begin. Some maintenance procedures are of course useful such as shallow tining in the form of Sarel rolling or Spiking to alleviate surface sealing and so help with gas diffusion, but anything more aggressive may not be sensible. The use of tri-plex units should be avoided to reduce stress on the plant, but low surface area contact procedures such as hollow coring and punch tining can be employed, but one has to be particularly careful that dry, windy conditions are not forecast. The increased surface area as a result of hollow coring in particular could cause issues with desiccation. 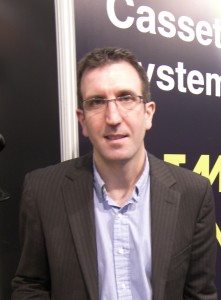 The urge to reduce cutting heights to smooth the green surface should be unheeded until growth rates start to improve. If bumpy greens are becoming a nuisance then better to roll instead. Vibratory rollers are a good safe option that can be used in combination with shallow tining to prevent surface sealing.

The advantage of the new walk behind ATT INFiNiSystem™ is that cassettes for Sarel rolling, Spiking and Vibration are available for this relatively lightweight unit, as well as Cutting heads for when mowing is appropriate.

It is also likely that the irrigation system will not be up and running, but if it is note that irrigating too early has the net effect of lowering soil temperature and so prolonging the slow growing condition and is not ideal.

The temptation to fertilise too early is understandable when trying to push greens on. If fertiliser is to be applied in "not perfect conditions" then probably best to opt for a nitrate nitrogen based fertiliser for a good low temperature response. It doesn't matter how well the fertiliser has been formulated however, if the temperature is just too low then you will get a poor response.