by Lucy Nicholls
in Golf, Industry News, and Chemicals & Fertilisers
on 15 Mar 2016 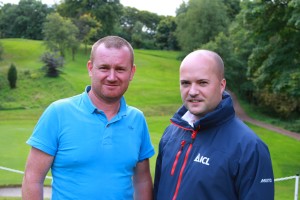 Founded in 1922, Easter Moffat Golf Club is regarded as one of the best and most challenging courses in Lanarkshire. Not only is it a great test for the average golfer but players are also treated to fabulous views across the Campsie and Ochil hills. With a healthy waiting list and a growing reputation, it is imperative that Scott and his five members of staff keep the course in pristine condition.

To do so, Scott uses a wide range of products from ICL, which was a result of not achieving desired results from previous products from other companies.

"Before I started using ICL, we were using some other products and we just weren't getting the results we wanted. So I slowly started to incorporate ICL products into our programme and over the next five years I started using them more and more because I kept getting good results.

"Now I don't put anything else down - just ICL products," said Scott.

Scott uses a combination of both granular and soluble fertilizers from ICL which include SeaMax, ProTurf and Greenmaster Pro-Lite Cold Start.

"I use ProTurf on my tees and approaches - it's been excellent and produces good colour. The same goes for SeaMax - I was looking for a good seaweed product. I've used a lot of seaweed products before but I wasn't getting the desired result. That has changed since I've been using SeaMax, plus it is tank-mixable with other products that we use - you can put it on with a bit of Primo Maxx for example. 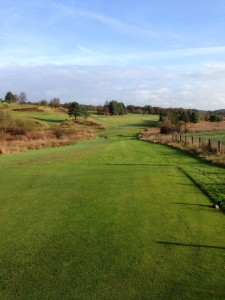 "I've found that it's great for the roots and helps with the colour as well as the density. You don't normally get a visual effect with seaweed but you do with this. You can use it right through the season, even in winter, and I apply it on a monthly basis.

"I first started using Greenmaster Pro-Lite Cold Start two years ago and it's probably the best product I've ever used. We are situated quite high up here and we have struggled to get a bit of density on the greens in the past, but since we've been using it on the greens they have been without doubt the best they have ever been.

"This year, I've used it on some of my tees as well because they were struggling a little bit and they have really come on. Now we don't have any problems at all," he said.

In addition to the ICL fertilizers, Scott uses Syngenta's Qualibra which is a premier wetting and water conservation agent as well as range of fungicides including Medallion and Instrata - a product which he claims is the best fungicide he has ever used.

Scott says that since using ICL products, the members of Easter Moffat Golf Club have been full of compliments about the course, and aside from the aesthetic improvements, he has also noticed that the products have helped stretch his budget further.

"In the past I've used other products but only had about two or three weeks use out of them. The majority of the ICL products I use now claim that you will get six to eight weeks - and that is exactly what I get. The purchase cost may be slightly more expensive but because they last so much longer - it's actually more cost-effective in the long run."

Scott, who started as an apprentice at Easter Moffat 25 years ago and worked his way up to head greenkeeper, has been equally impressed with the customer service he receives from the company.

"ICL play a great technical support role and if there are any issues or I need some product recommendations - they are always just one call away.

"Overall the service is fantastic and I've even recommended ICL to all the other golf clubs around here."

ICL products are available from the Pitchcare shop