In what was a wonderful gesture, Mick was also awarded the MCC honorary lifetime membership. 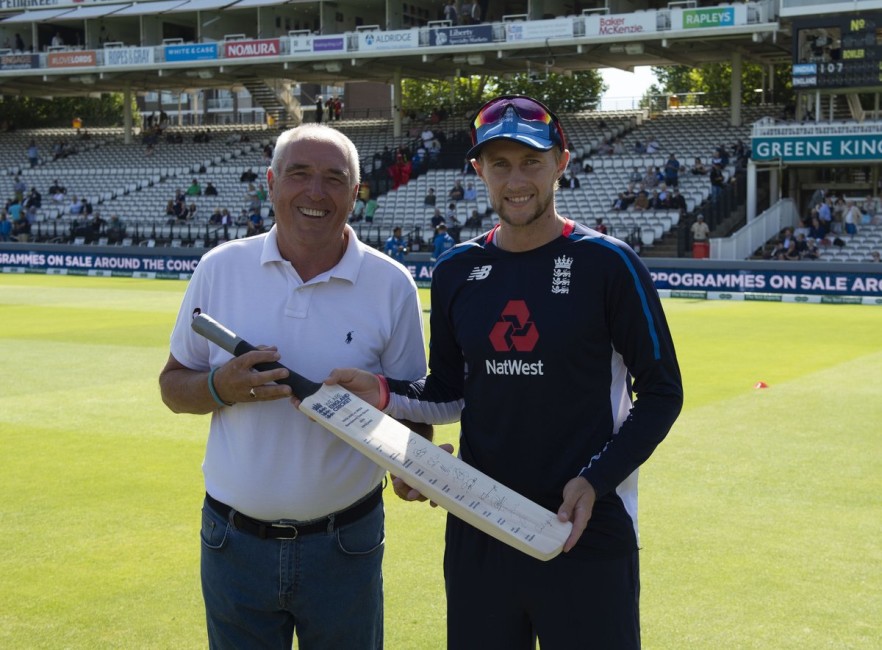 England recently became the first ever team to complete the milestone of playing 1000 Tests. They celebrated it with a 30-run win over India at Edgbaston in the first Test of the series. Youngster Sam Curran was the top crusader for the English side as they won a humdinger of a contest. As the hosts headed to Lord's for the second Test, there was another milestone by an Englishman.

For a change, it wasn't a cricketer but a groundsman Mick Hunt who has been the Head Groundsman was felicitated for his tremendous 48 years of service. The England skipper Joe Root presented him with an autographed bat at the Home of Cricket. The event took place just moments before play began on Day 3.

It was indeed a busy morning for the groundsman. Not because he had a lot of ground related work but that the rewards didn't stop coming his way. In what was a wonderful gesture by the England Cricket Board, Mick was also awarded the MCC honorary lifetime membership.

You can read the full article from CricTracker HERE