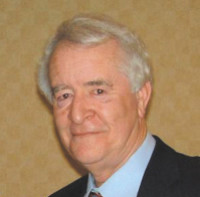 Stuart Kerrison from Chelmsford is runner-up in the four-day category whilst Mike Grantham from Canterbury is named runner-up for one-day pitches.

Commendations were awarded in the four-day pitches category to Peter Marron at Old Trafford, Mike Hunt at Lord's and Paul Marshall at Northampton.

In the one-day pitches category, commendations were awarded to Nigel Gray at The Rose Bowl, Peter Marron at Old Trafford, Philip Frost at Taunton and David Measor at Riverside.

In the UCCE category, an old rivalry was contested with Richard Sula at The Parks also makes it back to back wins and John Moden at Fenners named runner-up.

Joint winners are announced in the Outground category with the Trophy shared between last year's winners Micky Stewart and Christian Dunkerley at Scarborough and Vic Demain at Uxbridge.

Commendations in the Outground category go to Mark Wakefield at Kidderminster, Bob McInroy at Cheltenham and Andy Peirson at Beckenham.

Alan Fordham, ECB Head of Operations (First Class Cricket) said, "Once again the nation's groundsmen and their teams have worked incredibly hard to produce some excellent pitches during another wet season. Great matches happen on great pitches and the tireless work that groundsmen do all year means that many thousands of spectators and players get maximum enjoyment from the game.

We offer our congratulations to Bill Gordon at The Brit Oval who has produced outstanding wickets in both forms of the game for the past six years and has raised the standard for others to emulate".