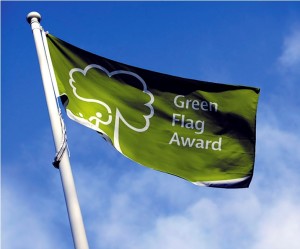 As a former Parks Manager, I am always interested in keeping in touch with what Local Authorities are doing to preserve and promote their historic parks and public open spaces.

Local Authorities have, for the last five years, been faced with some difficult decisions in terms of what budgets they have to cut to make savings. For many, this has resulted in reducing the level of their service provision at many of their public parks and open spaces, often resulting in the reduction of a number of grounds maintenance services and operations.

We have regularly seen a reduction in grass cutting and other key maintenance operations, such as aeration and feeding regimes on sports pitches, and quite often the loss of bedding and flower displays.

Some Local Authorities have even gone further by closing a number facilities or, indeed, passing over the responsibility to third parties. How can we put a price on these valuable assets? In my book, they are priceless land assets worth millions. Yet, for some reason, we seem to struggle with finding appropriate funds to keep them maintained.

The only way we can be sure of retaining these wonderful assets is to gain public support for them by promoting the benefits of what they can offer to the community.

One way is via the Green Flag Partnerships; there are now over 1,400 parks that have been awarded green flag status, are now being successfully managed and retaining their rightful role and place in the community.

The Green Flag Award scheme is the benchmark national standard for parks and green spaces in England and Wales. It was first launched in 1996 to recognise and reward the best green spaces in the country. 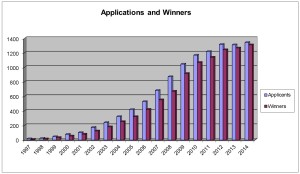 Since 2009, the Green Flag Award scheme has been managed by a new consortium,comprising Keep Britain Tidy, the British Trust for Conservation Volunteers (BTCV) and GreenSpace.

Known collectively as the Green Flag Plus Partnership, the consortium manages the scheme in England on behalf of Communities and Local Government (CLG) and in Wales for the Welsh Steering Group.

The Award aspires to raise expectations of what a public green space can offer and to reassure people that the high regard they have for their public parks and green spaces is not misplaced.

These were the Pesticides Action Network UK, the Institute of Leisure and Amenity Management, the Chartered Institution of Water and Environmental Management, English Nature and KMC Consultancy.

In 1996 the Green Flag Award scheme was launched in England, with the first awards made a year later.

Initially, 16 parks applied with 7 achieving Green Flag status. The scheme has grown tremendously and now provides the most widely accepted measure of quality relating to the management, operation and improvement of freely accessible public parks and green space. The name has changed from the Green Flag Park Award to the Green Flag Award. 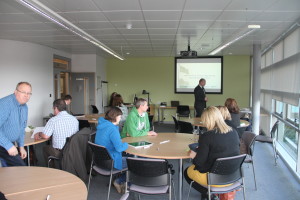 I recently attended a Green Flag Seminar at Edge Hill University in Ormskirk, which also has a Green Flag award thanks to the commitment and hard work of the Estates Officer, Martin Greyshon, and his staff.

Martin was keen to promote the merits of the award and, with the help of the Green Flag Partnership, he invited a number of UK University Estate Managers to a two day seminar to find out more about the benefits of getting the Green Flag Award.

On hand were a number of specialist advisors who were able to demonstrate the values of obtaining the Green Flag status, along with explaining the processes involved.

First up to speak was Paul Todd, the Green Flag Awards Scheme Manager, who gave an overview of the Greens Flag Awards and referred the variety of sites that have been awarded the flag - Gardens, Nature Reserves, Seafront gardens, Cemeteries and Crematoria, Country Parks and University Grounds. 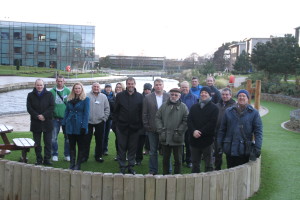 He also explained the timetable of events for the entry and judging criteria, with formal applications starting in November with a closing date of Jan 31st 2015; judging takes place between March and June followed by the announcement of the winners in July.

Throughout the day, we had a number of guest speakers who talked in depth about the application requirements and judging standards undertaken. After lunch. we were taken for a tour of the Edge Hill Campus where we could see the work and standards required to meet and maintain Green Flag status.

There are a number of tangible benefits resulting from achieving this award; one, it allows you the opportunity to monitor the progress of your facility, providing you with some Independent benchmarking criteria; two, it allows you to tap into technical/professional advice; three, it provides recognition and a morale boost for staff and members of the local community; and finally, it gives a platform to receive possible additional funding to maintain and develop sites.

With the backing of the Keep Britain Tidy, this award seems to be gathering pace and becoming a recognised valuable asset to help promote the value of community green spaces.

Having seen the evidence of the award scheme in action at Edge Hill University, I would personally like to see more Local Authorities take up this scheme. It certainly helps raise the profile of a site and helps you appreciate the assets you already have. Edge Hill looked very well cared for, and the students certainly enjoy the safe and attractive environment the campus offers all year round.

For more information on the Green Flag Award, please visit the website http://www.greenflagaward.org.uk/