New Labour's promises to make education their priority helped them to victory in the 1997 General Election. When its 'Building Schools for the Future' programme was launched in 2005, it signalled a new, strategic approach to capital investment into school facilities. 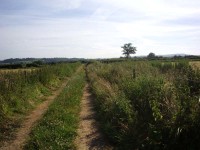 The programme aims to have every child educated in a 21st century environment within 15 years, and involves rebuilding, remodelling or upgrading facilities to provide flexible, inclusive, attractive learning environments that teachers want to teach in and pupils want to learn in, as well as making new educational and leisure provision for the wider community.

In April this year, this was followed by the national roll-out of a 15 year programme for primary schools.

But it's not all about spacious, well-equipped classrooms. High quality sports facilities are an important part of the learning environment and provide excellent recreational opportunities for the wider community.

Cowlin Construction, a Balfour Beatty company, has tendered for a number of these major projects, often involving the construction of premium, state-of-the-art sports facilities. One such project is the construction of the £32m Melksham Oak Community School in Wiltshire, on which Cowlin is working in conjunction with MJ Abbott Limited, one of the leading constructors of sports fields in the UK. The bulk of the funding from the project is being provided by the Building Schools for the Future 'One School Pathfinder' programme, which allows Authorities the opportunity to rebuild one flagship school in an area which is not due to receive BSF funding for some years.

Where playing fields might once have been an afterthought, with the emphasis placed on futuristic buildings and interior design, Cowlin Construction and MJ Abbott's competitive bid focused on delivering the best specification for the school's needs, whilst demonstrating the cost-saving benefits of working together. 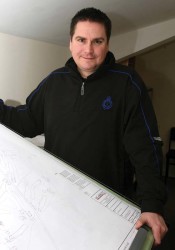 In December 2007, Cowlin awarded the £1.3million package contract to MJ Abbott to build all the school's external sports facilities, including grass pitches for hockey, cricket, rugby and football, along with an artificial all-weather pitch on the twenty hectare site. It includes earthworks, laser grading of the site and full primary and secondary drainage prior to the pitch construction and the installation of floodlights and fencing. Upon completion, they will also be responsible for the grow-in and initial maintenance of all the pitches for two years.

Hand-over of the new pitches to the school will take place in 2010 when it's scheduled to open its doors to 1,350 local students.

The project is being managed by the company's Contracts Manager, Nathan George, who makes regular site visits and attends monthly progress meetings with Cowlin's Project Manager, Dave Jacobs. A full-time site manager was also appointed for the duration of the contract, liaising with Cowlin's site management and managing all health and safety issues. 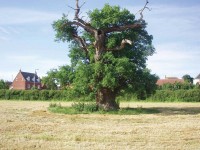 Work began in June last year. One of the very first jobs was to make safe a large, mature oak tree that the school takes its name after. It will be protected throughout the duration of the contract and will be the focal point of the school.

Once storage areas and parking facilities for machinery had been established, work began on the earthworks with up to twelve staff involved. The site is set into three main sectors. Areas 1 and 2 comprise the natural turf pitches, including the cricket square, while Area 3 comprises the multi-use games area and artificial pitch.

Vegetation was killed off using glyphosate and stripped before the topsoil was removed and stored. All areas were then laser-levelled with some cut and fill operations to accommodate pitch plateaus.

Over 3,400 cubic metres of grass and vegetation, 2,600 cubic metres of topsoil and 13,000 cubic metres of subsoil was removed and reused on site. Primary drainage was installed using a continuous chain/wheel trencher or mechanical excavator as appropriate. The drainage system consisted of 160mm main drains and 80mm lateral drains laid to a depth of 600mm. 10mm gravel was placed over the pipe and backfilled up to 100mm from the surface then coarse sand was used to backfill the top 100mm.

By November, the primary drainage to Area 1, along with preparing the final stone levelling of the artificial pitches, had been completed, but the exceptionally wet weather in November, followed by the cold snap over Christmas and heavy snow fall in February, meant that no further work could be carried out on the natural pitches until the spring when the soil began to dry out, allowing access back on to them.

During those colder winter months, site staff turned their attention to the multi-use area and artificial pitch, working continuously throughout December and January, laying the tarmacadam surfaces and synthetic shock pad in preparation for the playing surface. They then installed the Desso DD Trophy carpet, a densely tufted, non-abrasive surface which works equally well in both wet and dry conditions.

MJ Abbott have now completed the primary and secondary drainage works, finalised levels and the natural surfaces have been seeded and are in the grow-in period. Once grass establishment has been reached, the ongoing maintenance programme will kick in.

Cowlin's Dave Jacobs summed up his observations of working on the project and explained why their choice of contractor is vital to its success: "The sports facilities and pitch construction have progressed extremely well on site, despite the very difficult weather conditions encountered.

The all-weather pitch is complete with seeding undertaken for the natural grass sports pitches, which is a credit to MJ Abbott. We chose to work with them because of the knowledge and expertise they bring to the table gained from years of experience in sports turf construction at the highest level."