by FIFA
in Football, Industry News, and Synthetics
on 02 May 2017 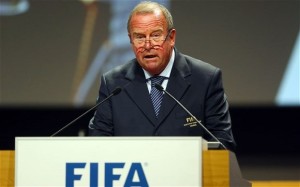 During a recent FIFA Medical Committee meeting in mid-March, the issue of potential cancer risks from exposure to crumb rubber was heavily deliberated.

The initial issue with crumb rubber emerged after several high-profile articles surfaced, stipulating that there may be a link between the crumb rubber particles known as SBR, or Styrene Butadiene Rubber, and the occurrence of cancer in athletes routinely exposed to these surfaces. Consequently, an open letter about SBR was published.

Based on studies showing little to no correlation between athletes that contracted cancer and SBR, FIFA reiterated its stance on crumb rubber before the Women's World Cup in 2015, played on an artificial turf field supplied by Act Global and its Canadian partner Carpell.

An increase in coverage of the case for crumb rubber in 2016 prompted the European Chemicals Agency, or ECHA, to issue a statement earlier this year that found "at most, a very low level of concern from exposure to recycled rubber granules." Previous findings by Van Rooj and Jongeneelen in 2010 concluded that "if there is any exposure, then the uptake is very limited and within the range of uptake of PAH from environmental sources and/or diet." Additionally, a study from New Jersey's State Medical School indicated that health risks to children and adults from extensive contact with crumb rubber ranged from negligible to none (Pavilonis et al. 2014).

In the letter, FIFA recognizes that while it will never be possible to disregard the risk or prove it wholly negative, "the newer studies have confirmed the previous findings that there is no evidence of link between contracting cancer and playing on artificial turf with SBR infill."

As always, FIFA will continue to monitor the developments within the scientific debate on crumb rubber, and will consider any future findings.