by External source
in Local Authority, Machinery & Mechanics, and Football
on 26 Apr 2019 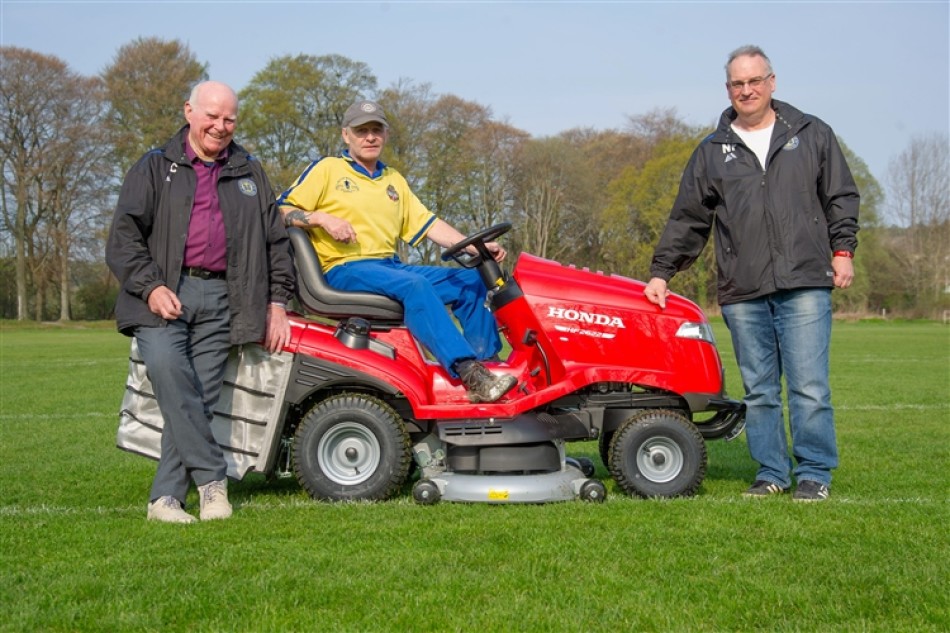 Mike Christie, Geordie Ross and Neil Fotheringham with the new mover Elgin Boy's Club have bought to cut the grass at Morriston.

Moray Council and previous councils have cut the grass at Morriston playing fields in Elgin for decades.

The facility is used by Elgin Boys Club from April to July and also Moray Rugby Club and Elgin Amateur Athletics Club.

More than 320 boys aged from around 8-16 years play up to three times a week from Easter to the summer holidays.

And while the council last year and for many years before that cut the grass every fortnight, budget pressures have led to no grass cutting for Morriston this season.

Neil Fotheringham, secretary of the boys' club, said it was disappointing to lose the service.

The club has now made a significant investment in a new sit-on Honda mower which will allow groundsman Geordie Ross and other volunteers to keep the five football pitches trim and in pristine condition.

"We tried to persuade the council to keep cutting the grass," said Mr Fotheringham. "We looked at getting a private company in but it was going to be too expensive.

The club also investigated the possibility of Elgin City cutting the grass but that was not practical.

"Getting the mower was the most cost-effective solution and puts us in control of the grass cutting."

Mike Christie, a stalwart with 53 years of service with the club, added: "There must be over 300 boys here each week playing football and another 200 children with the rugby club and athletics club. The council did it for 50 years, every fortnight on a Tuesday morning, and they were brilliant."

A Moray Council spokesperson said: "Councillors made a decision in February - in order to set a balanced budget - to stop maintaining open space which isn't owned by the council. This includes Morriston playing fields and many other sites across Moray. We acknowledge Elgin Boys Club's investment in their community through their purchase of a ride-on mower, and their commitment to maintaining the playing fields, which will be appreciated by the many residents and groups who use the space."

For the full article visit: www.northern-scot.co.uk