by External source
in Machinery & Mechanics
on 01 May 2019

0 End of an era at Hayter

Hayter has announced that the last mower of its Hayterette model has been sold. 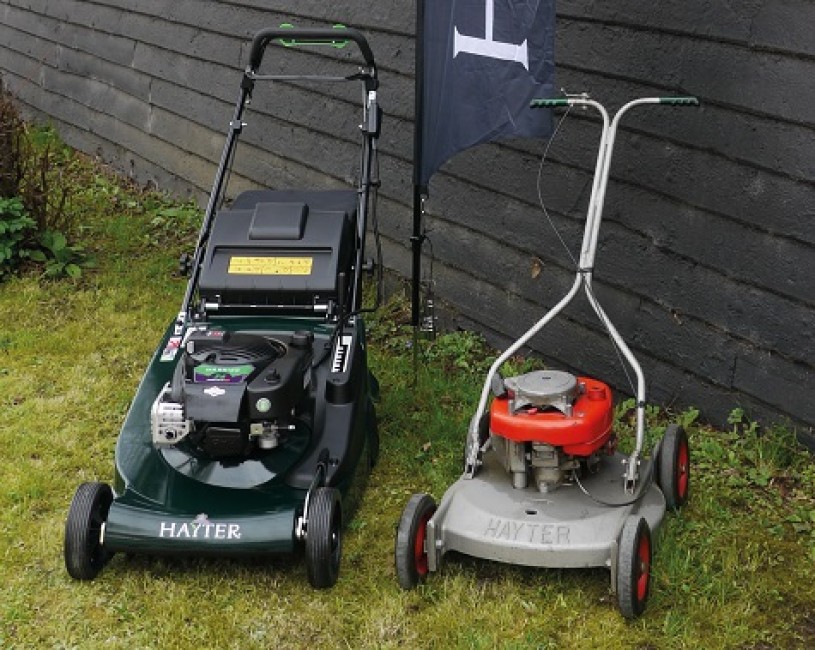 The first Hayterette (right) alongside the latest Harrier

This marks the end of the 62 years of which the Hayterette has been an integral part of the Hayter product offering.

The Hayterette launched to the domestic market in 1957. The original red and silver hand-propelled mower featured an 18-inch cut and a 98cc Villiers engine.

It quickly became popular with home owners, and in 1967 it was presented the BAGMA award for 'Best Horticulture Machine of the Year.'

Over the years, the components and the overall look of the Hayterette changed, but many of the original features which helped it gain its popularity have remained. Much like its predecessor, the latest model features an 18-inch cut, a push transmission and folding handlebars. The most recent Hayterette also came with an aluminum cutter deck, three swinging cutting blades, a lever to adjust height of cut between 13-70mm, and a Briggs & Stratton 625 series engine with easy start function.

"It is both with sadness and a great deal of pride we say goodbye to our last Hayterette," said Christopher Cooper, product marketing manager at Hayter.

"Few mowers can claim to have remained in high demand for over 60 years. This achievement is a great testament to Douglas Hayter's innovative design and engineering, and I'm sure he would have been immensely proud to see how well the Hayterette withstood the test of time.

"It's great to have been a part of the history of this fantastic machine and we are excited for what the future brings."