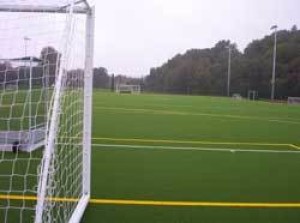 Football Association chairman Greg Dyke has admitted the grassroots game in England "is in a degree of crisis". Dyke, 67, told the BBC he wanted to invest £250m in new training facilities and improve English coaching standards. However, his plan to add Premier League B teams into the Football League is in doubt after a report said the reaction from clubs was "not favourable".

"If you go to Germany or Holland we are miles behind in terms of facilities and the number of coaches," said Dyke.

"It is clear we have a real problem with pitches. Local authorities' budgets are being squeezed and most of the pitches are owned by them," added Dyke, speaking as the FA Commission issued its second report after a year-long look at improving English football.

"The maintenance of these pitches is not as good as it used to be and over the last two years there have been swathes of games called off, so it's a real issue.

"There's a degree of crisis in what's happening in grassroots football. Facilities are being lost and local authorities have come to us and said 'what can we do about it?'"

Read the full story from the BBC here.