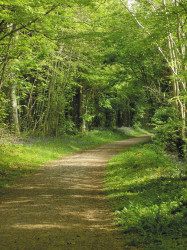 All too often scientists and environmentalists will use unfamiliar or complicated words to explain the most simplest of things. This can leave us confused as to what is exactly being explained. When seeking advice from an environmentalist, here are some of the terms they will use.

Biodiversity (biological diversity) refers to the variety of species and ecosystems in an area along with their ecological processes. There are three components of biodiversity:

The ecosystem refers to the interactions between elements such as flora, fauna and micro organisms and their environment (soil and water) all working together as a functional unit. Ecosystems can vary in size from very small to as large as the earth!

A habitat is the necessary biological component that all living organisms need to survive and prosper. A habitat is the place where a particular species resides and/or grows. A successful habitat will contain the four fundamental elements: space, food, water and shelter. When all these four components are available it ensures a healthy and diverse wildlife population.

The edge effect refers to the contrasting environments occurring in an ecosystem. It is the boundary between habitats that may have different microclimate conditions. For example, the edge of a wood will receive more sunlight (and therefore higher temperatures) than areas in the middle of a wood that are more shaded. This leads to different specialised biota occurring on the edge than in the centre. The edge of a habitat is also an important site for many animals to feed.

Riparian zones include the shorelines of lakes and ponds, stream corridors and wetlands. Natural vegetation here is a functional component of ecosystem enhancement. The riparian zone is the area of land immediately bordering the waterbody, or the interface between the water and land. The plants growing on the waterbody margin are referred to as riparian vegetation. This vegetation can be anything from grassland to woodland or even non-vegetative areas. Riparian zones have numerous functions including:

• Habitat (shelter and food for many species).

Bufferzones refer to 'no spray' or 'no-mow' zones designed to protect waterbodies by reducing chemical use. These bufferzones not only protect waterbodies but also act as cover and habitat for numerous wildlife species. A buffer can significantly reduce nutrient and sediment runoff entering waters. A vegetative buffer is an area around the edge of a waterbody maintained with plants (for example, wildflower meadows) that reduce storm water flow and potential pollution from runoff. The plants act as a buffer to absorb nutrients, trap sediments, reduce erosion and also slow down water as it moves from land into water. A filter strip (turfgrass mowed to a height of about 3 inches) around the water (3) is also an effective buffer around water, although may not be as aesthetic as for example wildflower meadow areas or other tall grasses.

Buffers save labour hours by reducing time consuming activities around waterbodies (such as strimming). Vegetation allows for the cooling of the water - which can be beneficial to many aquatic species.

Bufferzones distance two different land types from each other. Bufferzones refer to the strip of land between managed areas and the natural habitat to limit the effects of management on that habitat. Bufferzones can act to protect riparian habitats.

A corridor refers to the joining up of fragmented habitats with similar characteristics as the habitat itself. Corridors serve many important functions as they:

• Link to other habitats (and genes)

Fragmentation and loss of habitat is occurring all the time as a function of increased urbanisation and industrialisation, leading to the formation of pockets of isolated habitats. Therefore, safe corridors are required to link these isolated pockets of habitats to improve the size and condition of a habitat, as well as increase the species number allowed to be supported by the habitat.

Using forested areas as corridors between larger natural areas enhances wildlife habitat, and linking fragments of habitats preserves genetic diversity, while at the same time supplying thermal and protective cover for movement of wildlife. A golf course may often be a link in itself to other surrounding similar habitats and natural features.

Vegetation corridors to link isolated habitat patches is one major step to increase habitat and maintain a healthy environment for wildlife. Corridors will allow wildlife to move easily from one area to another.

Bringing it all together

Once one understands how ecosystems operate, and what the basic requirements for a good functioning habitat are, it is quite simple to put nature and wildlife high on the list of management priorities. In my opinion, the long-term management of a facility is incomplete where there is no reference to the biodiversity value.

You should think about your course or facility in its entirety and not just in individual sections. All sections come together to create rich and varied habitats that can potentially be managed with diversity in mind. This is where understanding riparian zones, bufferzones and corridors are important. The needs of wildlife can be blended into your overall management, resulting in a spectacular facility abundant with biodiversity.

Mary Purcell is carrying out research for a doctorate degree in Environmental Science at University College Dublin in the School of Architecture, Landscape and Civil Engineering. For more information contact Mary at mary.purcell@ucd.ie