by Bill Wittingham
in Machinery & Mechanics
on 11 Oct 2019

Much has been said over recent years about the merits of water recycling wash systems to prevent pollution and conserve water. Here, Bill Whittingham reports on recent developments. 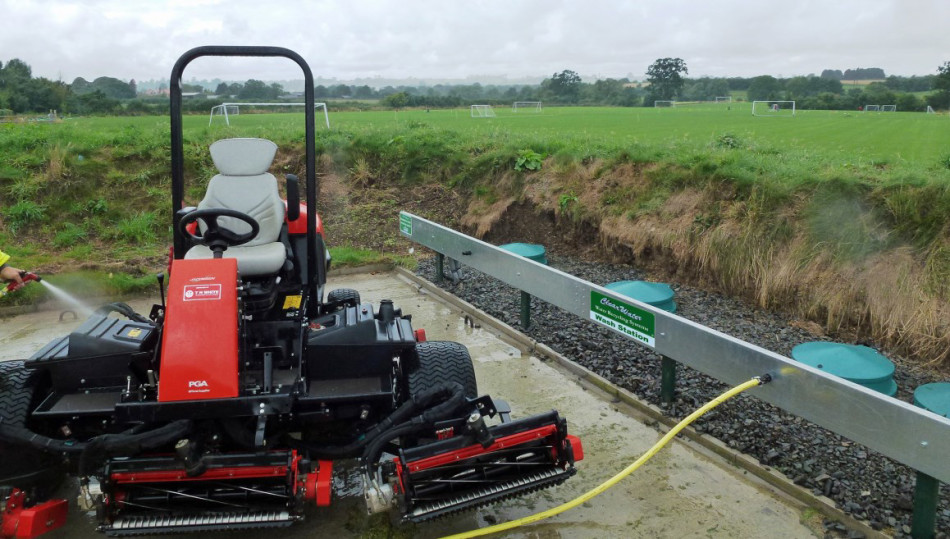 Beversbrook ClearWater below ground and out of sight

Having visited many golf and sports facilities I've learned and seen how machinery wash-off is handled. I've also heard the thoughts of those responsible for wash-off. It is quite clear that virtually all know of the legislation relating to pollution prevention and the fines that can be imposed; much of which is regularly regurgitated in the trade press.

All those I met are also aware of the growing need for water conservation, and many have taken action to address both matters. What is apparent, and somewhat surprising, however, is that despite this knowledge and concern, there are many establishments still with wash-off facilities that are, quite frankly illegal, causing pollution and wasting vast quantities of water.

The Groundwater (England and Wales) Regulations 2009 and The Water Environment (Groundwater and Priority Substances) (Scotland) Regulations 2009 were enshrined in law in 2009 (10 years ago!) and, more recently, the EU Water Framework Directive has been implemented. Incidentally, whether or not Brexit is achieved matters not, as the requirements have been made law in the UK.

So why the complacency and inaction? The ideal way to achieve legislative compliance and save water is to install an approved water recycling system, i.e. WTL certified. Despite the best endeavours of the leading manufacturers, such a system is not considered cheap and, apart from the water savings, does not contribute to "the bottom line"! So, some take the attitude that they'll take their chances and hope they are not inspected. To my mind, this is not sensible thinking.

Articles have appeared in the industry press reporting just that; a golf club being visited by the EA and told they suspected pollution from the club's washpad. The club in question responded rapidly, recognising its environmental responsibilities, and installed a below ground washpad water recycling system, satisfying all requirements. If cost is an issue, there are options offered by the main suppliers of recycling wash systems to help; spreading payments, retro-fitting or, in the case of ClearWater, carrying out a self-install, with each and every UK made system delivered new, direct to site from the factory. One company, not offering self-install, does offer above ground refurbished units however.

So, which way do you go; above ground or below ground? The choice is yours, but there are distinct differences between, what most consider to be, the two leading contenders. Both do the same job: treat contaminated water by biological treatment producing clean recycled water. One system offers simple, effective engineering with few moving parts (less to go wrong!) and gravity feed to the system. The other system relies on more elaborate engineering and the pumping of washwater into the system.

Press coverage of late appears to have focused on an above ground system, so it seems only reasonable, to redress the balance and look at the merits of a below ground one. One point that is raised frequently and that some, including myself, have difficulty understanding is the statement regarding a certain above ground system: "… you can see what's going on" The inference supposedly being that below ground is not to be preferred.

Now, unless I've been missing something for many years, I understood that, in the main, waste water treatment is carried out below ground and is in surely the safest location? How many separators, septic tanks and sewage plants do you see above ground? However, if you really want to see "what's going on" you can, in a ClearWater system for example, simply open the turret covers and take a look. You can actually witness exactly what's going on; effective treatment!

So what advantages does this particular system have? Being below ground means that it is unobtrusive; away from prying eyes and vandalism. It is also safe being encased in concrete (no worries about leaks!) and operating at a temperature of 14.5 - 16.5°C. This is important as a stable operating environment means that the unique micro-organisms perform better and also allays fears of Legionella and other harmful bacteria forming. The threshold for Legionella to form and survive is stated as 20°C. Above ground systems can endure much higher internal temperatures than this in the sun! Below ground means water flows into the system by gravity via a simple grass trap, so no complicated sumps, pumps and chutes. Valuable washpad space is not required either to site the system and a key decision maker seems to be that it's not unsightly but looks good; with just four modest green turret tops sited at ground level, that's all anyone sees; impressive!

Self-install certainly does seem to be popular (over 70% of ClearWater's customers take this cost-effective route). Full and detailed installation instructions are issued and I've seen some splendid installations that installers are justifiably proud of.

Take a recent installation of an underground system at Brookmans Park Golf Club for example. Asset & Equipment Manager Nick Billington, not happy with the above ground system and repeated maintenance issues, removed that system and used the concrete plinth to good effect; he installed his diesel tank on it and created a pollution prevention area! Installing the system was easy and straightforward he says, and further cost savings were made by modifications to the existing washpad. Nick is pleased with the team's work and the new system.

Buying a washpad water recycling system is a worthwhile investment and will ensure that the costly kit you have invested in will be washed so much more effectively. (This system would cost less than 20% of the price of a typical fairway mower by the way!) However, to ensure you spend wisely, do research the systems thoroughly, see them in action and talk to users. To help you to make comparisons and reach an informed decision, here are a few questions to ask prospective suppliers:

1. Is what is being offered a WTL approved full biological system, as not all washpad solutions actually recycle and/or have biological treatment? (Incidentally, a WTL approved system means tax savings on the ECA scheme!)

2. What is the cost of the system and installation? Is the system brand new or refurbished?

3. What is the water capacity? The larger the capacity, the greater the time for treatment

4. How much is a year's supply of micro-organisms and are they general purpose or designed to treat turf machinery wash water and capable of handling small grass clippings?

5. What time do I need to spend on daily/weekly maintenance and what are maintenance costs?

6. Does the system have an oil warning alarm and an auto shut-off valve to prevent an oil spill contaminating already treated water?

7. Are there separate pumps for each hose and is a proper trigger wash gun provided with each?

8. What pressure do the water hose pumps produce?

9. What moving parts are fitted that may need replacing? Is this something I can do or is an engineer's visit necessary? (Swapping the small compressor and water pumps of the system can be carried out by users in minutes, saving costly call out fees and down time!)

10. Would the system be exposed to the elements and, if so, not be affected by high temperatures and UV rays?

So, below ground or above? The choice is yours; make it an informed one!

We all need to take our environmental responsibilities seriously and ensure sustainability. Preserving valuable water by recycling on the washpad and preventing groundwater pollution is one definite way we can contribute. 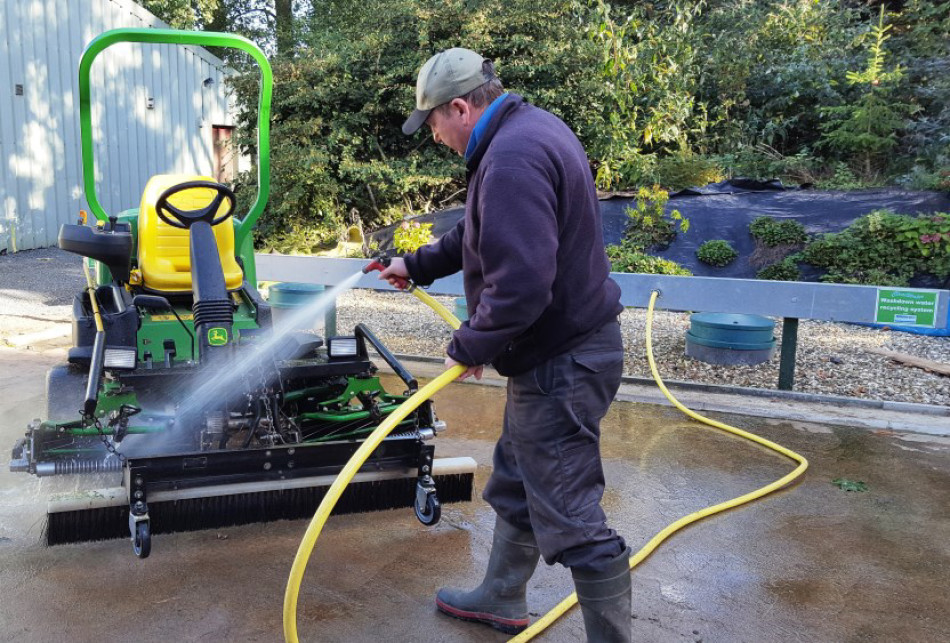