Tens of thousands of people have packed into the Etihad and Old Trafford for massive summer gigs in recent weeks. 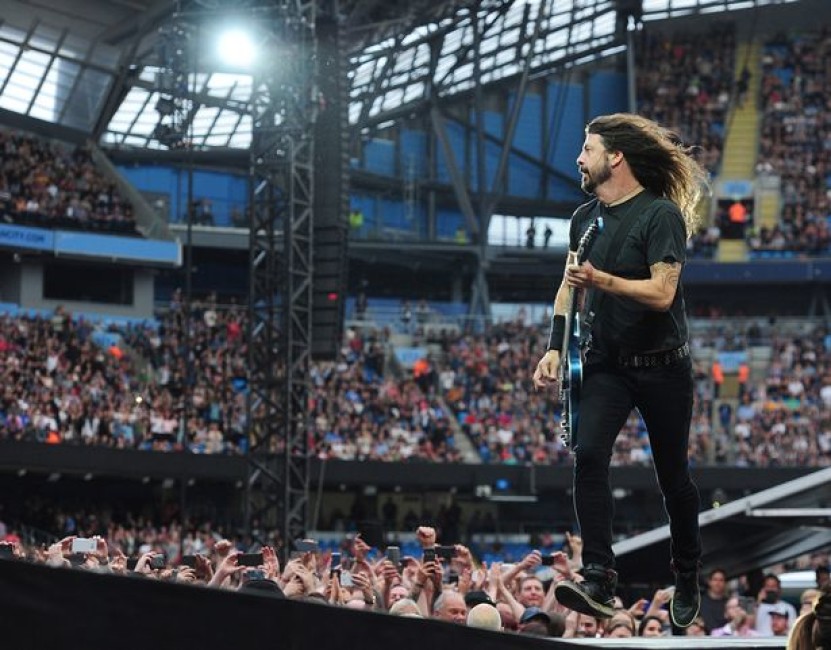 The usually-pristine pitches have taken quite a battering.

But when the new season gets going in August, they will be immaculate once more.

While City and United stars compete at the World Cup - or kick back at their Cheshire mansions - groundstaff are already putting in the hours.

It's Lee Jackson's job to make sure the Etihad playing surface is perfect in time for the start of the Blues' next campaign.

Last Tuesday's Foo Fighters gig brought a bumper run of huge concerts at the Etihad to a close.

Some of the biggest names in pop - including Ed Sheeran, Taylor Swift, Beyonce and Jay-Z - played to thousands of fans at City's Beswick home.

As head groundsman, Lee surveys the pitch from the stands, the last bits of the stage, lighting and rigging are being dismantled.

Lee and his team have just eight weeks to get the grass in impeccable condition. 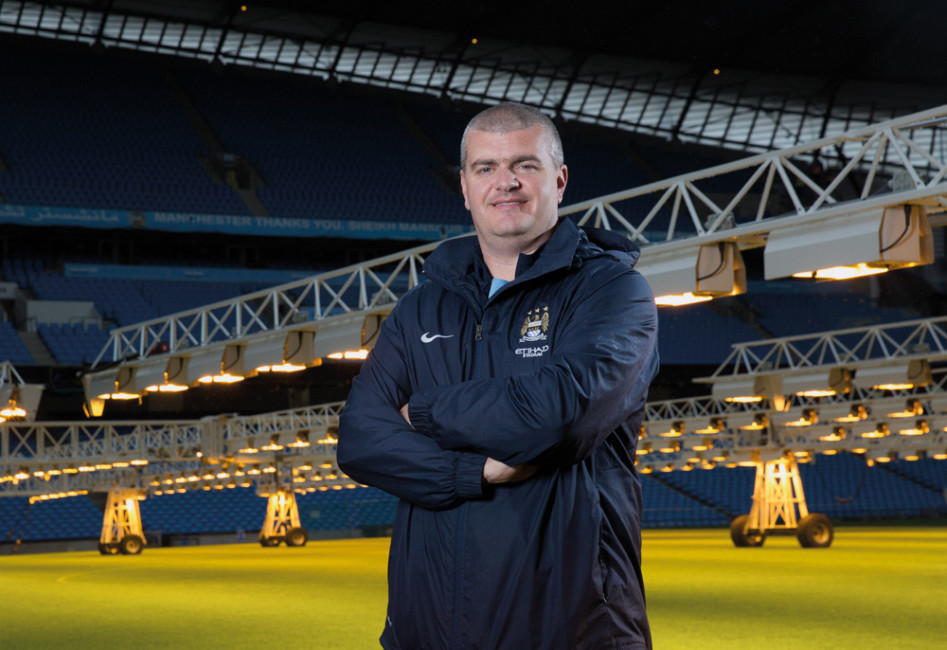 "People look at me like I'm daft, but I actually think of the season as our quiet time," he says. "This is the period that really matters. Between now and the first home game on August 18, our intensity really steps up."

"What we do during these two months will define what we do for the next nine or ten months, in terms of preparing a surface for the players. It's crucial."

Lee has worked at the club for more than 27 years. He's been head groundsman since 2009.

Transforming the stadium from a football ground into a massive music venue - and back again - isn't easy.

Growing and maintaining a pitch for some of the world's best players requires constant work.

Lee and his team have it down to a fine art. Pep Guardiola isn't the only one at City striving for perfection in his work.

"The initial plan when we moved from Maine Road in 2003 was that we would be a multi-use venue, so it's something we have taken on," Lee says.

"This year we'll have had eight concerts, which is more than any other stadium in the UK. It's been quite a big year. The pitch has been under cover for 34 days, which I think is the longest it has ever been."

"But we're comfortable with it. It's something we've done before and had success with."

Lee and his team started preparing for the 2018/19 season even before Gabriel Jesus' last minute goal at Southampton's St Mary's ground in May capped off the Blues' record-breaking 100-point campaign. 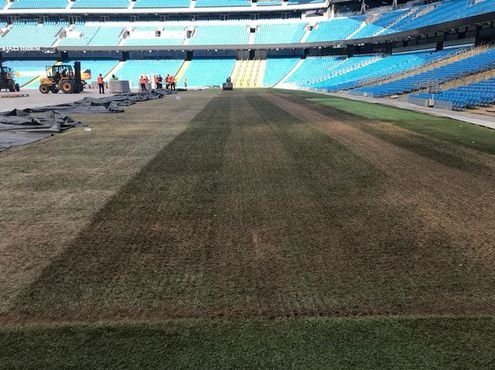 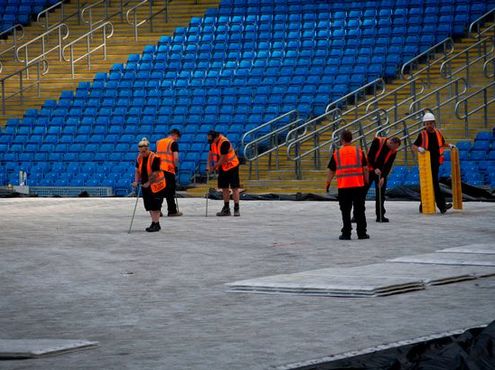 By that point, the grass at the Etihad had been killed with chemicals, ready to be ripped up.

Like many of their Premier League rivals, City play on a hybrid GrassMaster pitch.

The surface is made up of around three per cent synthetic fibres, which lie beneath the real grass, binding to the roots. The technology means the pitch is less likely to be damaged.

"Our pre-work for this year actually started at the end of the season," Lee says." "The pitch was killed off in the last week of the season, before the Brighton game [the final home game of the campaign in May]."

"We started stripping it on the Saturday night, the day before City were away to Southampton, before topdressing it with sand. All that's left are the artificial fibres. The crucial thing for us after this concert period is that those fibres remain."

"We use really good flooring, regarded as the best around. It's very rare that we get any issues."

Once the natural grass was gone, covers were placed over the pitch ready for the gigs.

At that point, only the artificial fibres remained. 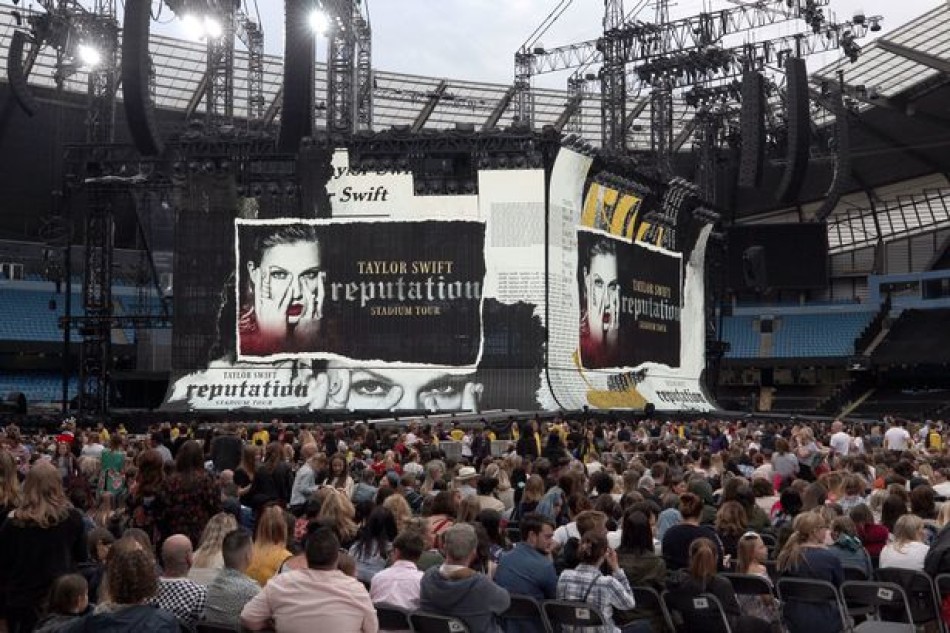 The covers were lifted on Wednesday. The surface was then spiked for a couple of days to help with future drainage. By Friday, the process of growing the new grass had begun.

It's not a case of laying rolls of turf. Instead, around half a tonne of seed will spread across the pitch.

The surface will then be fertilised and sprayed with chemicals to help the grass grow naturally. The pitch will then be covered with germination sheets for around a week.

After that, the grass will have partially re-grown and will look a beautiful green colour from a distance. But it will still need constant cutting, watering and spraying to help it gradually thicken out and get it to a playable standard.

There is one thing that can cause Lee and his team a few headaches. They spend many an hour fretting over the weather.

Bright, sunny conditions are a must for a luscious lawn. In Manchester, that's sometimes a problem.

"The fixtures have been kind to us this year," Lee says. "It's given us just over eight weeks to the first game, which is quite a big window.

"The one thing we need on our side is the weather. As much as we can do, we do, but we are very much in the hands of the gods."

"In Manchester, keeping the seed wet isn't a problem. It's the sunshine and the heat that will be the critical things for us. A repeat of the weather we've had over the past few weeks would be perfect for us." 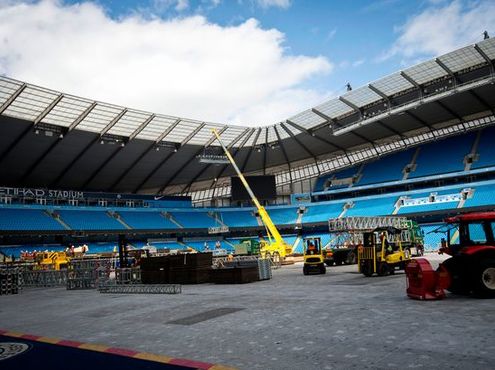 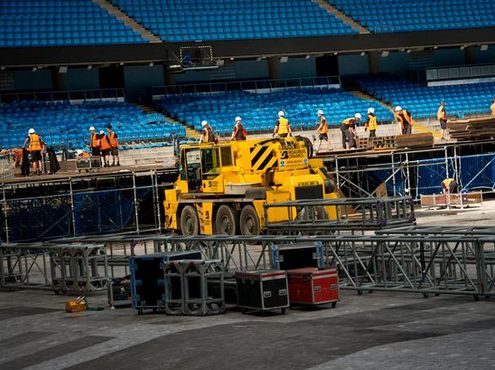 "We do have the equipment to manage it. You just have to keep your eye on it and make sure you are one step ahead whatever happens."

The grass doesn't stop growing when season starts. The pitch will develop well into October, with special heat lamps used to help things along.

"It will be ready on the day of the first game," Lee says. "But we use every minute of every hour of every day and keep working to get it right. If you meet a happy groundsman, you've met a liar. We're never happy, it can always be better."

"The manager will probably train on it the day before the first home game to help the players get a feel for it. Then we'll know where we're at and what tweaks we need to make. Ultimately, they're our guide as they are the end user."

Lee's job has changed a lot in recent years. "When I started there was very little expectation of pitches really," he says. "Now, with the TV deals, footage of them is going out all around the world. There's pressure to provide a very good pitch, primarily for the players.

"But equally, what we do during the week will be seen all the around the world at the weekend. It's far more intense than I've ever known it, but rightly so."

"The football is so much more intense, so there's an expectation that comes with it to support that process." 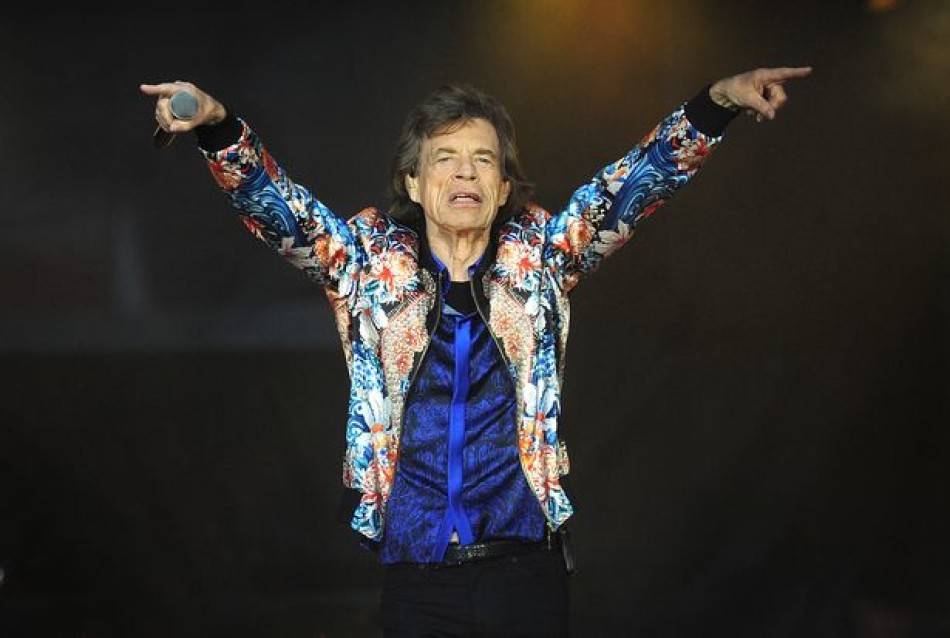 Old Trafford staged concerts for the first time in many years this summer, with the Rolling Stones and Billy Joel among the acts to take to the stage.

United, whose pitch is also partially artificial, have an identical challenge to get their surface in tip-top shape in the next few months.

Dedicated City fan Lee isn't one to put football rivalries ahead of his craft.

He regularly speaks to the Reds' top groundsman Tony Sinclair - and colleagues at clubs across the country - to share ideas. "You need to be out there seeing what other people are doing," he says. "No two grounds are the same."

"None of us are shy of getting in touch. If you've got a problem you can ask if they've had the same and how they dealt with it. It's always been like that."

Asked how he will feel as he takes his seat ahead of City's opening game at the Etihad against Huddersfield on August 18, Lee said: "You look forward to it like everyone else, but then it's like running into a brick wall and it hits you."

"But, at the end of the day, I'm a City fan and I can't wait for it all to start again so we can pick up where we left off."