by External source
in Conservation & Ecology
on 11 Jun 2014

0 EU wildlife grants could be used to grow crops 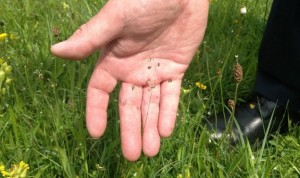 Grants designed to protect the countryside may be controversially switched to pay England's farmers to grow beans and peas.

The EU's new rules on subsidies oblige farmers to ensure that some of their land supports wild plants and animals.

But during negotiations, farmers watered down the policy so planting crops that improve soil may be counted as helping wildlife.

Wildlife campaigners have expressed outrage at the potential move.

Member states can tighten the EU rule if they want to, but it is believed England's farmers have persuaded the government this would make them uncompetitive.

The Department for Environment, Food and Rural Affairs (Defra) may announce in the next few days that planting peas and beans in so-called Ecological Focus Areas (EFAs) will qualify for full grants.

"Nitrogen-fixing crops improve the soil but don't help wildlife at all. This is bizarre," Stephen Trotter, of The Wildlife Trusts, told BBC News.

"It gets more outrageous every minute I think about it. It seems that farmers just want public funds with no strings attached."

The government would not be drawn on the new rules for subsidies, save to say they should be announced shortly.

"Comparing nitrogen-fixing crops with permanent pasture, obviously the pasture will have greater biodiversity," he said.

"But we believe a range of options should be available to farmers. Anyone with broad beans in their garden will see they are full of pollinators at the moment.

"Wildflower meadows tend to have quite a limited flowering season but some legumes are flowering from April to June, and others much later in summer. We think including this measure is very positive for the environment."