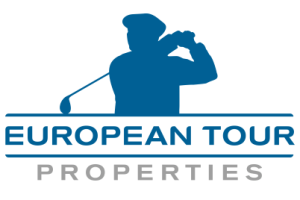 David MacLaren, The European Tour's Director of Property and Venue Development, said: "European Tour Properties feature some of the most prestigious golf and lifestyle resorts in Europe and the Middle East and it's pleasing to see our member venues, which are all closely associated with The European Tour, recognised at the inaugural World Golf Awards.

"These awards are the latest in a series of successes for our network of 13 world-class golf venues this year. Eight venues are hosting European Tour sanctioned events in 2014, including this week's DP World Tour Championship at Jumeirah Golf Estates, the last of the Final Series tournaments and the climax to the European Tour's Race to Dubai."

David MacLaren added: "The essence of The European Tour is to bring elite golf to a world stage and so customers playing, staying or buying property at a European Tour Properties venue know their experience comes with a stamp of tournament quality."

The inaugural World Golf Awards - part of the World Travel Awards, which is celebrating its 21st anniversary - were voted for by both golf travel industry professionals and the public. The World Golf Awards Ceremony took place at the Conrad Algarve on Saturday November 15, 2014.