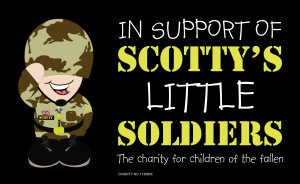 Everris has shown its support for four greenkeepers undertaking an extraordinary journey to the BTME exhibition in Harrogate.

Everris has donated to the group's chosen charity, Scotty's Little Soldiers, which supports the families of men and women killed in action in the British Armed Forces. Launched in 2010, it provides Christmas and birthday gifts, treats, trips and activities for the families of the fallen as well as enabling them to use charity holiday lodges.

"This is a pretty gruelling challenge," said Everris' Business Manager for the UK & Ireland, Richard Walton. "Pushing mowers from Ipswich to Harrogate is one hell of a journey at the best of times, but add in the harsh January weather and it'll take all their resilience to push on to the finish for the first day of the show."

"Especially with our UK offices being based in Ipswich where the group's journey begins, the Everris team was keen to support them and the wonderful charity their hard work will benefit, and we would encourage others to do the same."

The 'Mad Mower Men' leave Ipswich on Wednesday 15th January and head north via Wisbech, Lincoln and Doncaster, aiming to arrive in Harrogate on Tuesday 21st January when the BTME event begins.

Donations can be made at www.bmycharity.com/HardRoadToHarrogate