by Christopher Bassett
in Football, Chemicals & Fertilisers, Pests & Diseases, and Industry News
on 12 May 2015

Leeds United FC's head groundsman Kiel Barrett has praised Everris for providing him with an all-round package - from products to customer service, which has helped create the pristine pitch at Elland Road. 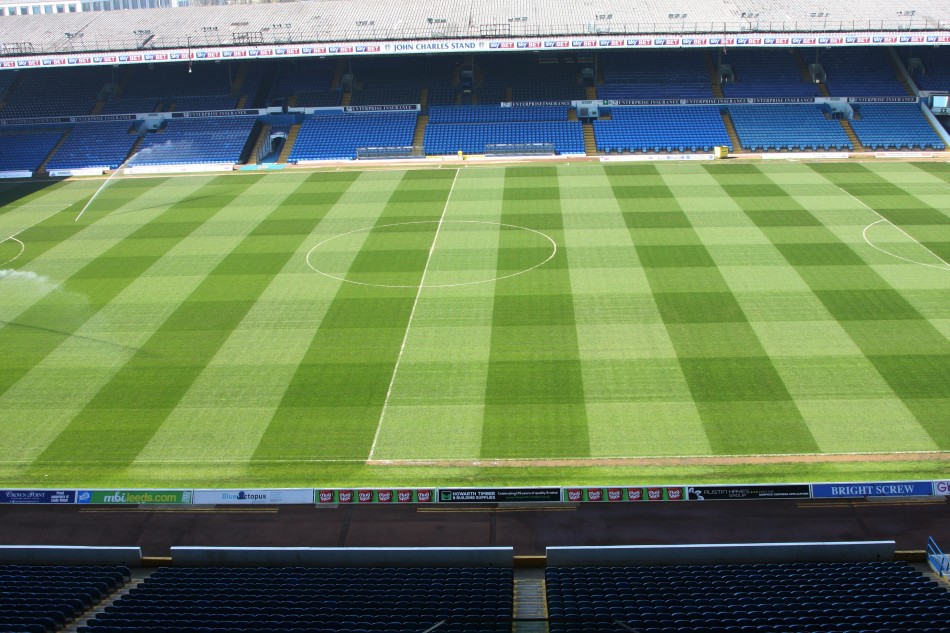 Elland Road, the home of Leeds United FC, has been the club's only stadium since its foundation in 1919. It is a special place in West Yorkshire with an equally impressive fan base. The club has graced the likes of Don Revie, Billy Bremner, Eric Cantona and Jack Charlton and it is somewhat of a travesty that the club find themselves outside of the Premier League. One thing is for sure - the playing surface at Elland Road is certainly worthy of Premiership status.

"I've been using products from Everris now for just over two years and you can see the improvement they have made. We have previously used other products but what I use from Everris is a lot better; they are easier to spread, I'll get exactly what I want from them and there's a big colour difference; you can easily tell when someone is using Everris products because they are the best pitches around," said Kiel.

Kiel, who was once the youngest head groundsman in English football is tasked with maintaining not only the pitch at Elland Road but also the club's training ground at Thorp Arch. As with most professional football club's now, the training ground is built and maintained to exactly replicate the club's main playing pitch.

To keep both premises in immaculate condition, Kiel relies upon a full Everris turf management programme which consists of a wide range of products including the likes of SierrablenPlus - a variety of granular controlled release fertilisers, Greenmaster liquid - a fast and effective way to directly give turfgrass available nutrients when needed, ProTurf granular fertilisers - renowned for delivering a healthy and consistently growing turf for up to two months and Primo Maxx - an advanced, liquid plant growth regulator.

"The programme has evolved in the last few years because it is impossible to get right straight away. For every site I think you need to find out what works best for you.

"The programme has vastly improved the presentation and the pitch is better to play on because we use the SierrablenPlus products as a base feed now. The growth doesn't have that peaking and troughing issue anymore because it's released in such a controlled manner. It's not like drinking a can of red bull - it's like eating a banana." he said.

Kiel works in conjunction with Everris' technical area sales manager Simon Hardcastle, to devise the tailor-made programme, and Simon believes that the secret to excellent turf is to constantly assess the programme.

"It's not just a case of coming in at the start of the year and then designing a programme for the season. You have to review it every week to see if we can put more of a product on the turf or less, can we do that or try this; it's finding out the best programme to help you achieve your main goals. It's all about the right product, the right time and the right rate," he said.

As well as being remarkably impressed with Everris' products, Kiel also believes that Simon's assistance has been invaluable.

"The relationship we've got with Everris is really good. I can ask Simon questions about all sorts and he is full of great advice. He's got a lot of ideas and he'll explain them - he genuinely cares about his customer's pitches.

"For example, last winter we were not really achieving the desired effect. So after chatting to Simon, we put on a SierrablenPlus Stress Control at 25g per square metre, so it's not too much nitrogen. It was perfect advice, because we didn't want too much growth during that period of time," said Kiel.

Pitchcare are a distributor of a large range of Everris products, for more information contact out Technical Advisors on 01902 440250.