Details have been revealed for a brick and steel construction which will make the new Everton Football Club stadium appear "as though it has risen from the dock".

US architect Dan Meis has unveiled his much-anticipated plans for the £500m venue in Liverpool, UK, which will be built at the semi-derelict Bramley Dock and is estimated to deliver a £1bn boost to the city's economy.

Meis' concepts show a brick, steel and glass design which takes its inspiration from the historic maritime and warehouse buildings nearby.

It will be built on a north-south orientation - considered the best approach in terms of the impact of sunshine and shadow on the fans' experience and on the televising of matches.

The structure combines the historic and the modern, with the brick base of the stadium incorporating a subtle nod to Goodison Park's famous Archibald Leitch latticework, while the dynamic roof structure made from steel and glass gives the stadium a modern finish.

The stadium is made up of four distinctive stands including a large steep home to the south that will house 13,000 home fans on matchdays.

Overall capacity will initially be set at 52,000, with the opportunity to expand to 62,000 seats. 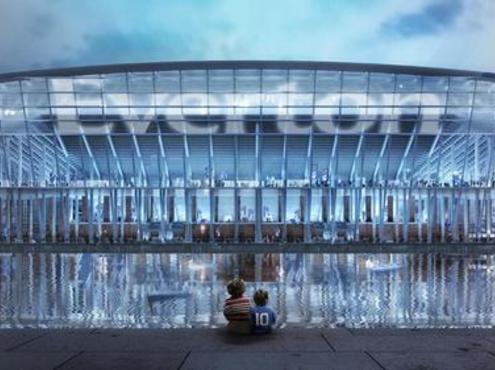 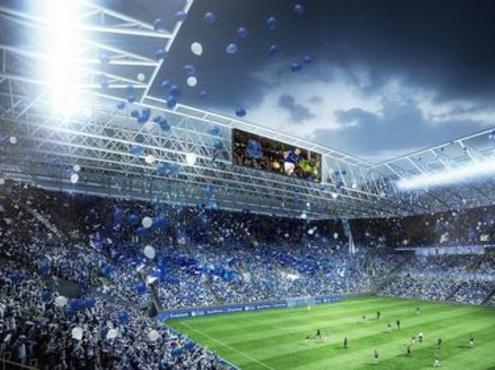 Supporters will be as close to the action as regulations permit and the design of both North and South stand lower tiers will make it easy to adopt rail seating - catering for any possible law change to allow "safe standing" in the future.

"This project isn't about a building or piece of architecture, it's about helping generations of fans create a new home," Meis said.

"We know from all of the conversations we've had with fans that they want a stadium that is atmospheric, feels like a fortress and supports the players on the pitch. They also want the Club to be ambitious for the future."

He added that fans, players and local residents were consulted intensively during the design process - and that that will continue as the plans are finalised.

"It's really important to understand that there is still time for input in the things that are going to be really important. I hope it echoes that it's not as much about the architecture as it is about the experience and the power of providing the team a home-pitch advantage."

"I want people to feel like they love it and, if they don't, I want to hear it because they do influence us."

Research carried out by international property consultancy CBRE indicates the proposals would deliver a £1bn boost to the city's economy with the potential for up to 15,000 new jobs generating £34m of income to local families.

Annual Council Tax receipts would be boosted by more than £2.2m and there would be an uplift of up to £1.7m in Business Rate income. It is also estimated an additional 1.4 million visitors would be attracted to the city if the stadium were built.