by SVB
in Football, General Interest, and Renovations & New Builds
on 28 Feb 2019

Everton Football Club has revealed the results of the first stage of its formal public consultation into plans to develop a new stadium at Bramley-Moore Dock and a community-led legacy project at Goodison Park.

Analysis of the data has revealed 94 per cent of respondents agreed Bramley-Moore Dock was an appropriate location for the Club's proposed stadium, while 95 per cent agreed Goodison Park should be developed to benefit the community.

In total 20,168 questionnaires were completed, one of the largest ever responses to a public consultation exercise for a commercial development proposal in the city's history.

Just under 2,000 (1,919) respondents described themselves as non-Everton supporters, with three out of four supporting Everton Football Club's plans for a new stadium at Bramley-Moore Dock. Strong support for the proposals was recorded among all demographic groups and across all geographic locations.

Near universal support from everyone consulted, 97 per cent, was shown for the Club remaining in the city of Liverpool, while 95 per cent also agreed the developed Bramley-Moore Dock, which is part of Peel Land & Property's Liverpool Waters regeneration project, is a suitable location for other sporting, music or cultural events. 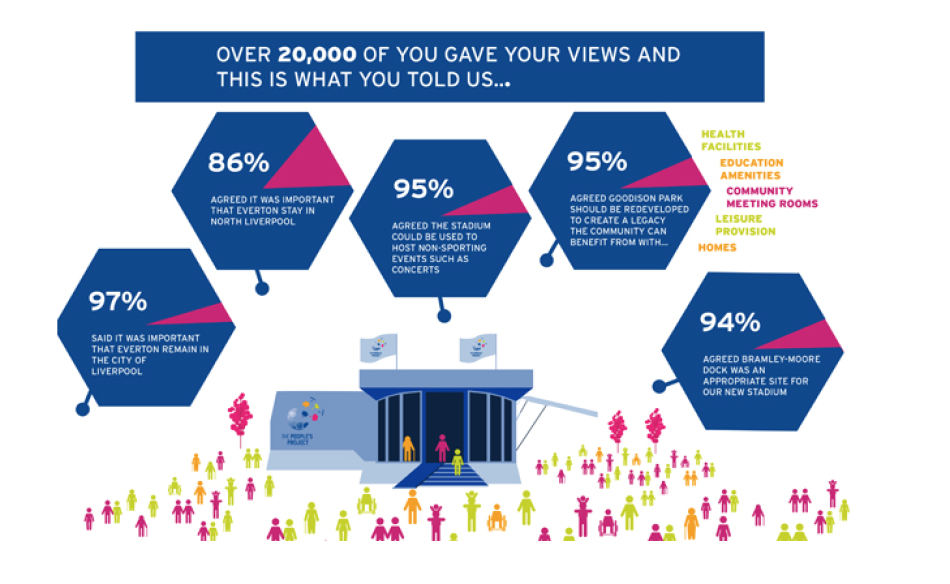 Thank you to everyone who took the time to feedback on our proposals. We were delighted to hear from Evertonians and fans of other clubs as well as people who don't follow football. These results are more than a vote of confidence in our plans; they show people recognise the transformational impact our stadium will have on North Liverpool and indeed the positive effect it will have on the wider city region.

A new stadium will unlock a unique opportunity for our city region by delivering a £1bn boost to the economy, 15,000 jobs and an estimated 1.5million new visitors to the city as well as the regeneration of North Liverpool, including a community-led legacy at Goodison Park.

We set out with the objective of understanding what the people of the city region thought of the principles of our plans. The response has been fantastic and we've received an overwhelming endorsement from the people that the underlying principles of our approach meet with their approval.

As we move forward with our plans, the feedback we've received at this first stage will help inform the details we'll present at the second stage of consultation which will take place in the summer.

Under the campaign name 'The People's Project', the consultation toured the city region for three weeks in November and December, visiting nine locations in Liverpool, Wirral and Sefton, giving members of the public an opportunity to have their say on the principle of Bramley-Moore Dock becoming the site of Everton's new stadium and the Club's plans to develop a sustainable legacy at Goodison Park. For those who were unable to attend in person, a survey was available for completion online. Residents living around Goodison Park and Bramley-Moore Dock could also return their questionnaires by post.

The consultation is an essential part of the planning application process and follows on from previous engagement by the Club with its fans, residents around Goodison Park and senior business, cultural and public sector figures in the Liverpool City Region. The feedback received in both phases of the consultation will be collated into a report, which will form part of the planning application.

The Club remains on track to conduct a second-stage formal public consultation on the latest designs for the stadium and high-level plans for Goodison Park this summer. This will lead to the submission of both planning applications in the second half of 2019.

Dan Meis of MEIS Architects is leading the design for the new stadium, for which the Club recently announced it is proposing an increased capacity of 52,000, with the potential for this to rise to 62,000 in the future. 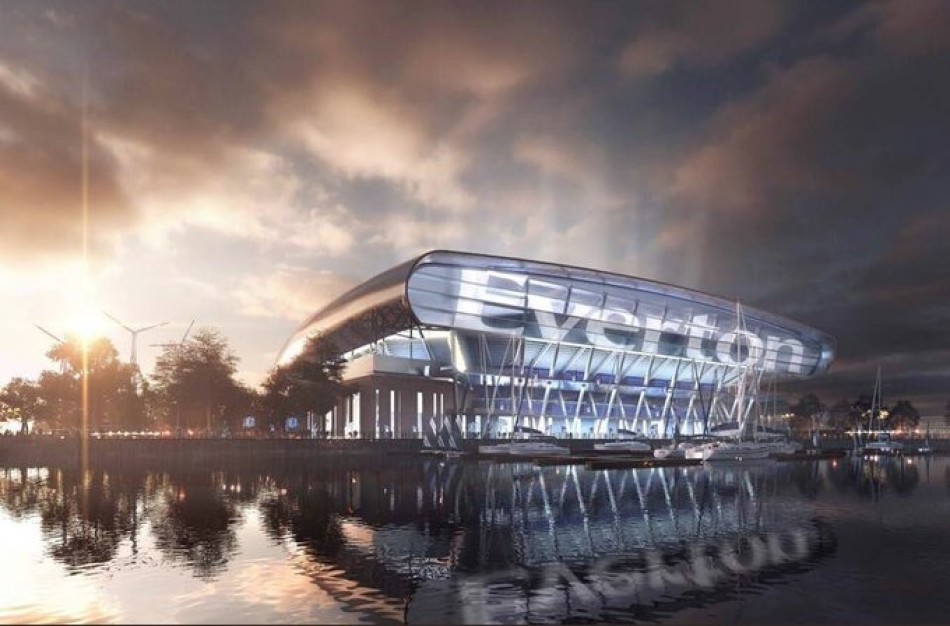 For further information, go to: www.evertonfc.com