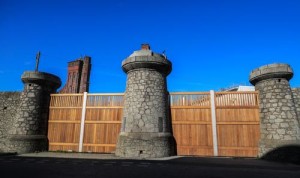 Everton Football Club's proposed new stadium at Bramley Moore Dock would provide a £1bn boost to the local economy, according to planners.

Projections by partners CBRE of the economic impact of a major new stadium in the north docks area of the city highlight the benefits the stadium will bring, including the creation of 12,000 new jobs during its construction and more than £255m spent locally through the supply chain.

The figures estimate that a new stadium development will bring a contribution of more than £900m gross value added (GVA) to the region's economy before the stadium is even completed.

CBRE says once completed, the stadium will provide an annual GVA to Liverpool of £94m through hotel occupancy, retail and tourist spend across the city.

Iain Jenkinson, senior director of planning and development at CBRE, said: "The economic contribution to the city of Liverpool through Everton's new stadium at Bramley Moore Dock, the catalytic effect it will have on surrounding neighbourhoods, and the equally important Goodison legacy project make this a package of projects, a game-changer for the city."

The wider construction programme for the area, the Bramley Moore Dock project, is expected to match the £1bn boost to the local economy recently provided by the Liverpool Echo Arena and Exhibition Centre development on the King's Dock site.

Mayor of Liverpool Joe Anderson said: "A new stadium would be a huge catalyst for change along the city's North Liverpool waterfront and these figures show the impact would be felt immediately.

"The Echo Arena and Exhibition Centre has already delivered £1bn to the local economy and the opportunity to have a development in the North Docks delivering a further £1bn - as well as up to 15,000 jobs - makes this project a game changer not just for the club but the city, and it won't cost council taxpayers a penny."