by External source
in Football, Industry News, and Renovations & New Builds
on 10 Jan 2017 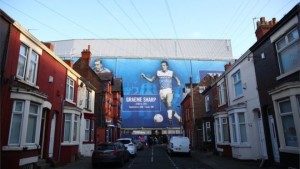 Everton's preferred site for its proposed new stadium is Bramley Moore Dock, the club has confirmed.

The issue was discussed by shareholders at the club's annual general meeting at the Philharmonic Hall on Wednesday.
Liverpool mayor Joe Anderson said the council would invest £20m ($25m) in a new road near the planned ground, alongside plans for a railway station.

He said the proposals were the "most exciting opportunity that the club has had in decades".

Everton chief executive Robert Elstone said they were hoping to reveal more detailed plans within the next three months.

Mr Elstone revealed at the meeting Everton had secured new commercial deals worth £75m, including a naming rights deal for their Finch Farm training ground and shirt sponsorship. Season ticket prices for next season will also be either frozen or reduced.

Everton FC which has played from Goodison Park since 1892 abandoned plans to build the new ground at Walton Hall Park in May.

Goodison Park has a capacity of just under 40,000.

Liverpool FC officially opened its expanded main stand at Anfield, which increased its capacity to 54,000, in September.

Liverpool City Council said it "remains committed to working with Everton Football Club to find a viable stadium solution within the city."

"The significant investment of a new stadium, at whichever location the club chooses, will have far ranging economic benefits and would be a catalyst for regeneration to the surrounding communities."

"Once the club has made their decision, the city council will provide as much support as possible on all the relevant planning and transport issues.''