The decision to call the game off due to a waterlogged pitch at St James Park raised a few eyebrows among Grimsby Town fans. Exeter City have explained why covers were not used on their pitch after they were forced to call off their game against Grimsby Town. 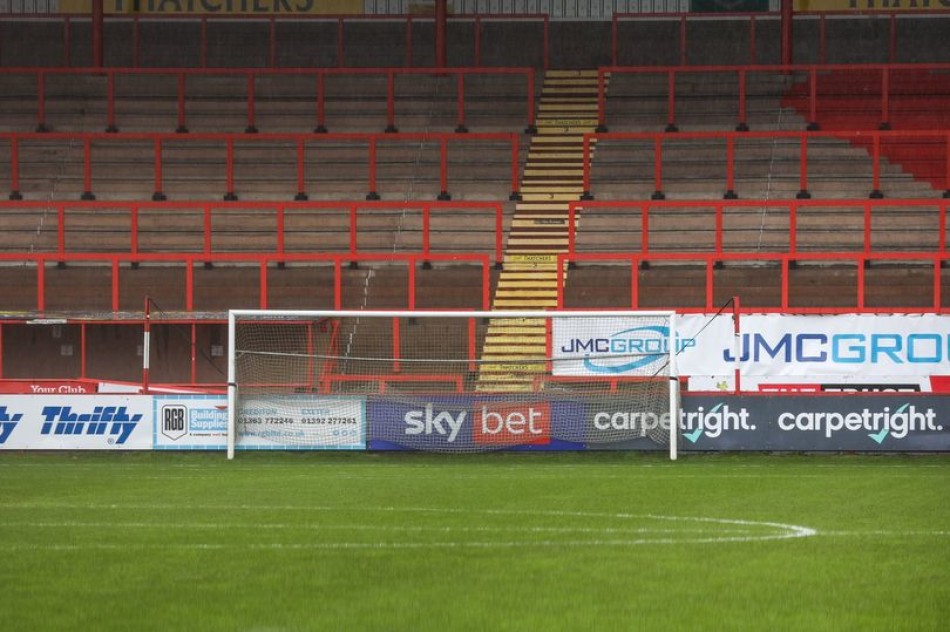 Grimsby Town's game at Exeter City was called off due to a waterlogged pitch at St James Park (Image: Lee Blease/PRiME Media Images)

The Mariners had made the trip down to Devon in preparation for their latest League Two game, but found themselves frustrated for the second week running as the match was postponed due to a waterlogged pitch at St James Park.

Heavy overnight rain in the south west had left standing water on the playing surface, and with the weather not improving, the decision to call the game off was made after an 11am inspection.

The decision raised the eyebrows of a few Town fans though, who questioned why covers had not been used by the Grecians to try and protect the pitch.

Exeter groundsman Charlie Woolnough explained though that the club's covers are designed for frost, and that the amount of rain would have made it impossible to get the game on even if they had rainwater covers.

"Our pitch covers are frost covers, and if you watch the videos there are some really good close-up shots of it and you can actually see sunlight coming through them," Woolnough said.

"They are made for frost, so they protect down to five degrees below. We do not have rain water covers. 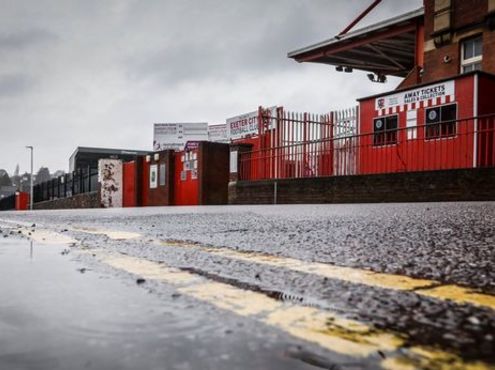 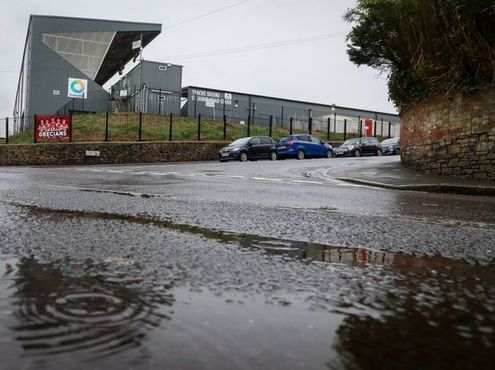 More rain was forecast in Exeter, leading to the decision to postpone the game (Images: Lee Blease/PRiME Media Images)

"One of the reasons we do not have rain water covers is because it's a huge volume of water you've got to put somewhere and, just for argument's sake, if there was 20mm of rain since midnight, and every millimetre of rain on that pitch is seven tonnes of water, that water's got to go somewhere.

"At the moment, we're not geared up for that sort of thing, and also we're not required by the league to have those sorts of things.

"We are required to try and get games on during frost, but we weren't that far away from getting it played. They had to come back for a second bite of the cherry, and it was only because the rain had continued and the forecast is worse, which wouldn't have made any difference if there were covers on or not.

"We don't have them, so we can't use them, and even if we could, you've still got to get rid of tonnes of water, and Devon County Council wouldn't be too impressed with us flooding Exeter!"

Exeter boss Matt Taylor added: "It's not the decision anyone wanted, but probably judging by the rainfall over the last 24 hours and what's to come in the next few hours, it was only going to get worse.

"There's standing water on the pitch, it's been there all morning, and the ground staff were fighting a task they couldn't quite get past, and that's through no fault of their own.