Once again there was no action for Exmouth Town last Saturday as the Toolstation Western League game at Clevedon Town was subjected to a mid-morning postponement. 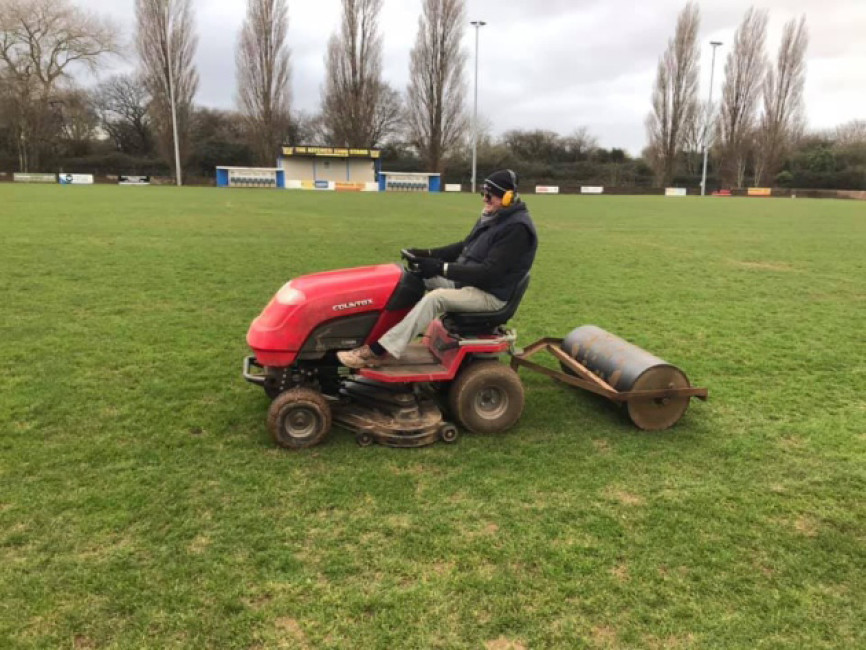 We caught up with club president John Dibsdall, who is also the Southern Road groundsman, and asked him how he viewed this 'soggy season' when standing it alongside other recent campaigns.

He said: "This is the worst for postponements that I can recall. Last season we lost only two home games, both in the Devon St Luke's Bowl against Argyle, and, I think, only two away."

"I think the total of postponements this season adds up to around a dozen!"

"We had a few early season games postponed because of our success in the FA Cup and Vase and it hasn't helped that the Western League have a policy of not arranging midweek games early in the season.

"A number of clubs have challenged that policy and it will be interesting to see what happens next season."

We then asked John about the sort of issues a groundsman has to contend with in such soggy weather.

He said: "The problem, when it is very wet, is one of those conundrums of 'do you play or don't you?

He continued: "It proved to be the right decision for Storm Ciara arrived and the Saturday game was, of course, postponed, but at least we had managed to chalk off another game by playing that midweek match."

The long-standing club stalwart then said: "The problem we have at Southern Road is that, as well as the first team, both the Reserve team and the Under-18s play on the pitch and we do not have any warm-up areas which creates a real issue with wear and tear."

He continued: "The major difference after a game that is played on a wet or soggy pitch, are the divots, both in size, depth and quantity.

"This is where an extra pair of hands is invaluable as it is in having a work party to fork the pitch."

"The problem this season is that the ground is just so saturated that it is not a question of clearing standing water by forking as it has no chance of draining away."

So, what does John think of artificial surfaces?

He responds saying: "I do think the jury is out on artificial pitches."

"The club are in talks with the FA and, managed correctly, they could be a sound financial investment."

You can read the full article from the Exmouth Journal HERE