by Crop Protection News
in Chemicals & Fertilisers
on 20 Dec 2015

0 Expert says neonics decisions must be driven by science, not activism

Neonicotinoid pesticide use is again being blamed for the declining populations of specific pollinators, an assertion that Jon Entine, executive director of the Genetic Literacy Project, calls "overblown." 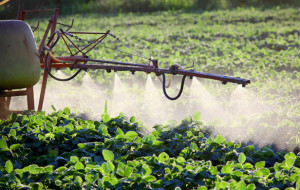 "This is a complicated issue and there is room for robust debate around this topic," Entine, who is also the senior fellow at the World Food Center Institute for Food and Agricultural Literacy at the University of California-Davis, told Crop Protection News. "However, neonics have become controversial because the issue has been inflamed by a small number of activists."

Neonics -- the most common name for such pesticides -- are a class of neuro-active insecticides that are chemically similar to nicotine. In products used widely around the world for about 20 years, neonics are neurotoxins used as active ingredients in pesticides.They work in the seed treatment of crops and coats the seeds planted by farmers, who then don't have to spray pesticides and decrease the collateral damage to good insects and to the soil, Entine said.

Neonics are considered especially effective against sap-feeding insects because they affect insects' central nervous systems, resulting in paralysis and death. Neonics have not been found to be toxic to humans, other mammals or birds.

However, during the last decade, scientists linked the use of neonics to a condition now referred to as honey-bee colony collapse disorder. The European Commission in 2013 restricted the use of neonic products, banning their use in the seed treatment of crops favored by bees, like turnip rape and oilseed. This month, the city of Montreal became the latest to ban neonics when researchers linked their use to reduced bee colonies.
Similar claims have been made by anti-pesticide activists, anti-chemical groups and environmentalists, Entine said.

"They have made this their signature issue," he told Crop Protection News, "but they are putting ideology ahead of science."

And the timeframe - which shows that bee populations were declining in the late '70s, 20 years before neonics were introduced - proves these activists wrong, Entine said.

Because pollinator health, particularly of the honey bee, is so extremely important for agriculture, Entine said any decisions regarding neonics must be "science-driven" and not "activist-driven." Specifically, he said, neonics have their place in the industry and a clear consensus exists that there is no honey bee crisis, though there is some concern about their overall health.

"Pesticide use kills insects," he said, "but they are necessary to grow crops."

The balance that must be found, Entine said, is for the industry to find and use those having the least harmful impact.