Mike Lewis is the Head Groundsman for the Express and Star newspaper group. Based in Wolverhampton, Mike is responsible for maintaining the grounds and gardens at several of the group's headquarters and offices around the Midlands. He has been in the post for eight years and supervises one full time assistant and four part time gardeners. He enjoys his job because of the challenges he faces each week. 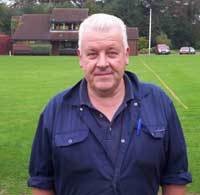 Mike is very committed to his work and has been instrumental in improving the standards of the gardens and grounds in recent years. He has been involved in the industry for a long time, having previously worked for JDM and Shropshire County Council for 17 years. He is also heavily involved in promoting groundsmanship in his role as Regional Director for the Midlands Institute of Groundsmanship (IOG). 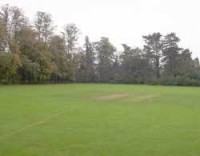 The cricket square at the sports and social club is very well used by club members and local teams throughout the year. The square has 10 pitches with Mike trying to get at least five fixtures from each pitch, enabling him to accommodate 50 plus matches a year. However, sometimes the wet weather spells can often reduce the number of pitches available.

Mike has the use of some covers but they are not brilliant, especially during heavy rain spells, so he is on the looking to get some new ones in the near future. The end of season renovations of the cricket square is under way. It has been scarified down to a depth of 4-5 mm in several passes and spiked using a solid tine spiker, trying to achieve as much depth as possible.

Mike is lucky in the fact that next door to the site are two other sports facilities - South Staffs Golf Club and Wolverhampton Cricket Club. He has built up a healthy relationship with both of them, allowing the opportunity for borrowing and sharing machinery, which comes in very handy when renovation works need to be completed.

A 100 bags of Bambury Kaloam (32% clay content) will be top dressed and spread using a Cushman top dresser, allowing about 10 bags per pitch. The square is then oversown at 35g/ m2 with a dwarf ryegrass seed mixtures. The Banbury Kaloam is adequate for the standard of play on the square, especially as the club caters for a number of youth teams during the season. Mike is able to achieve a consistent and moderate pace on the pitches.

Mike has experienced some problems of dry patch on the green this season especially on the high spots, but he has managed to keep the symptoms under control with the use of wetting agents and plenty of aeration works.

Renovations are a due to start with the scarifying of the green in several directions at a depth of 4-5 mm using a SISIS auto rake, followed by aerating with solid tines, and top dressing with a 70/30 sand/loam rootzone (160 x 25kg bags). Mike will only top dress every 2-3 years, not wanting to build up too much material on the greens. Many clubs who top dress regularly often experience a reduction in their crowns over time. In fact, Mike is looking to top dress the centre crown area only and hollow tine the outside areas to keep a balanced crown green.

The green will be overseeded with a 80/20 fescue, bent seed mixture sown at 35g/ m2 ,trying to make good use of remaining warm soils and temperatures. Ideally, sowing when temperatures are above 15 degrees centigrade to maximise seed germination. Mike has also had to apply some carbendazim to control the worms that are becoming increasingly active due to the moist soil conditions. He regular brushes or canes the greens (daily) to keep the surface clean and prevent the likelihood of diseases taking control. Having said that he did have some fusarium recently.

During the winter the cricket outfield doubles up for two junior football pitches giving the local youngsters the chance to become the next generation of David Beckams. Mike enjoys working at the sports club, seeing it used and enjoyed by many, and especially being in such a tranquil environment that inspires and challenges his every working day.