0 FA Council to vote on Wembley sale on 24 October

The FA Council is set to vote on the proposed £600m sale of Wembley Stadium on 24 October.

The 127-member body meets on Thursday to hear a presentation from Football Association executives about why they are backing the stadium's sale to Fulham owner Shahid Khan. 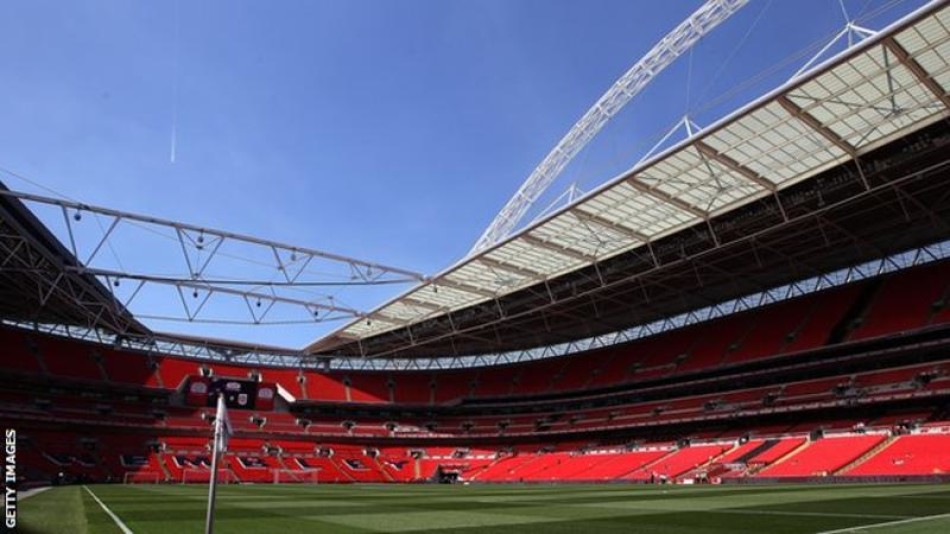 A senior FA source has told BBC Sport the board believes the odds are slightly against the purchase being sanctioned given the strong objections of some councillors to the home of English football being sold off.

FA Council to consider Wembley sale
The council - which includes representatives of the Premier League, Football League and county FAs and is often referred to as the parliament of English football - has no powers to formally stop the deal.

But the FA board - led by chairman Greg Clarke and chief executive Martin Glenn - wants a clear mandate from the various stakeholders that make up the English game if it is to then to give its own final approval.

After Thursday's talks, councillors will consult with their own boards or members before returning to Wembley on 24 October to make a final decision.

If approved, the FA board would then meet at a yet to be decided date to rubber stamp the deal.

The FA has been determined to show that having received such a sizeable offer from American sports and car parts billionaire Khan, it has consulted widely and given everyone concerned the relevant information to make an informed choice.

It is seeking to revolutionise grassroots facilities and pitches over the next 20 years with the money. With matched funding and revenues from the Club Wembley business which the FA would retain, that figure could reach £1.5bn in direct additional investment.

Khan - who also owns the NFL's Jacksonville Jaguars - has sent a two-page letter to every councillor this week in which he says he will be a "responsible owner and operator of Wembley Stadium".

And the FA's chief financial officer Mark Burrows has said Khan's offer for the stadium of £600m in cash and £300m in retained hospitality income is the best possible deal they will get.

Meanwhile, the FA is investigating a series of claims - including one of "systemic corruption" - made by Fulham's former assistant director of football Craig Kline, which he says is relevant to the Wembley vote.

A university friend of the Fulham owner's son Tony, Kline was sacked by the London club last year when his relationships with other senior figures broke down.

At the time of his exit, he made several allegations about his Fulham colleagues to the police and posted several of them, including claims of bullying and racism, but the police dismissed them and the tweets were deleted.

Now, 11 months later, Kline has posted new tweets on his account saying he and Tony Khan have a "paper trail" of evidence about "fraud, child endangerment and exploitation" in the game and claiming that his life has been threatened.

A spokesperson for Shahid Khan said: "This is nothing more than the same ongoing nonsense and bogus claims made by a former employee who left the club in 2017. Nothing here merits a further response."